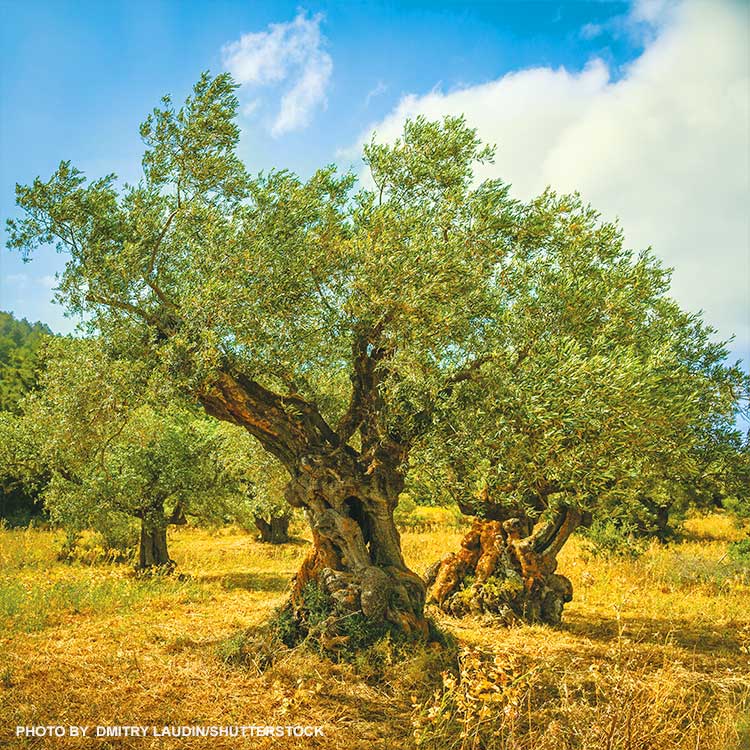 “You want to do what?” I asked incredulously.

My husband, Jamie Woodburn, had just announced his intention to plant olive orchards. Starting a career as a full-time farmer at an age approaching Medicare was horrifying enough, but choosing a crop that had never been grown on Maui? That was certifiable.

“It would be a great agribusiness for Maui,” Jamie continued.

I shouldn’t have been surprised. My husband is a man of the dirt. When he retired after thirty years as director of a nonprofit, his green thumb got the better of him. He spent hours every day gardening on our two-acre Kula homesite. Lettuce, beans, squash, beets, chard, kale, tomatoes, potatoes, coffee, corn, berries, citrus, figs, liliko‘i . . . our property could have fed a village.

In 2010 we had traveled to Italy. For me it was a dream vacation — we toured walled cities, visited museums and famous wineries. But for Jamie, the days filled with wonder were those spent in the farmlands of Tuscany. “I’d look at the dirt, more aptly described as dried clay and rocks, and be amazed at the strong, twisted trunks of ancient olive trees that stood there, steadfast,” he recalled. “Farmers said many of the trees were over 500 years old and still producing huge quantities of fruit.”

Olives had intrigued Jamie even before our trip. After Italy, they became his obsession.

The only other man I knew who loved to garden (and worked as hard) as Jamie was his good friend Ali‘i Chang, the late founder of Ali‘i Kula Lavender Farm. “Ali‘i and I would swap plants and stories,” Jamie told me. “Sometimes we would talk about how great it would be to incorporate olives with his lavender and create walking tours for visitors to his farm.” Ali‘i, and later our Kula neighbor Alan Battersby, were the first to grow olives here on a large scale, proving that Upcountry Maui had a suitable microclimate. But could Maui-grown olive oil be a viable business?