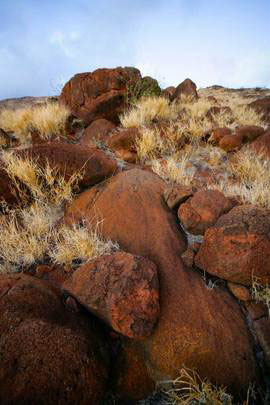 Kealaloa is famous in legend as the place where ‘Ele‘io first met the spirit of high chiefess Kanikani‘a‘ula. ‘Ele‘io was a swift runner who was said to be able to make the circuit of Maui three times in a day. His job was to bring fish and ‘awa from Hana to the chief Kaka‘alaneo who was living in Lahaina. On one such mission, he came upon the lifeless body of Kanikani‘a‘ula, a high chiefess from Hawai‘i. He stopped to perform a ritual to restore her spirit. In reward, she gave him a feather cape, which he then passed on to Kaka‘alaneo. This was the first feather cape seen on Maui.