In alignment with the Hawai‘i Tourism Authority’s Mālama Hawai‘i initiative, which encourages island visitors to give back to their destination, Maui Nō Ka ‘Oi is highlighting local resorts, restaurants and businesses that embody this effort and motivate their patrons to do so, as well. Here are some standouts worthy of recognition. 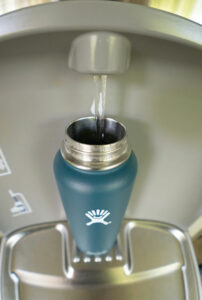 Protecting the ‘āina (land) is of great importance to Kā‘anapali Beach Hotel, and “Hawai‘i’s Most Hawaiian Hotel” has recently expanded on its existing sustainability efforts as part of its resort-wide renovations. KBH installed energy-efficient heating, ventilation and air-conditioning systems, as well as tankless, gas-condensing water heaters. All guest rooms were outfitted with sensors that turn off the air conditioning when lānai doors are opened, and photovoltaic panels were added on top of the newly built parking garage; these work to reduce carbon emissions by 15 percent. The hotel also installed bottle-filling water stations (1), placed divided receptacles for trash and recyclables in all guest rooms, discontinued the use of Styrofoam containers and plastic straws, replaced inefficient lightbulbs with compact LED bulbs, and planted onsite gardens. kbhmaui.com/sustainability 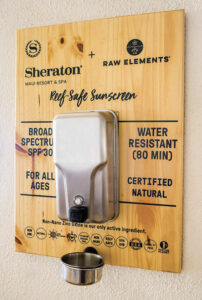 The Sheraton Maui Resort & Spa is at the forefront of sustainable initiatives. In 2017, it became the first resort in Hawai‘i to trade plastic straws for a marine-friendly paper alternative. The Sheraton also implemented a resort-wide recycling program and replaced plastic cups with biodegradable corn-based vessels for poolside beverages. As part of its recent renovations, the resort installed electric vehicle charging stations as well as motion-sensing air-conditioning units in guest rooms that turn off when the rooms are unoccupied. An on-site weather station monitors exterior conditions, allowing staff to adjust irrigation systems accordingly. And in an effort to protect Hawai‘i’s fragile coral reefs, the Sheraton partnered with Raw Elements USA to provide reef-safe sunscreen dispensers throughout the resort (2). marriott.com 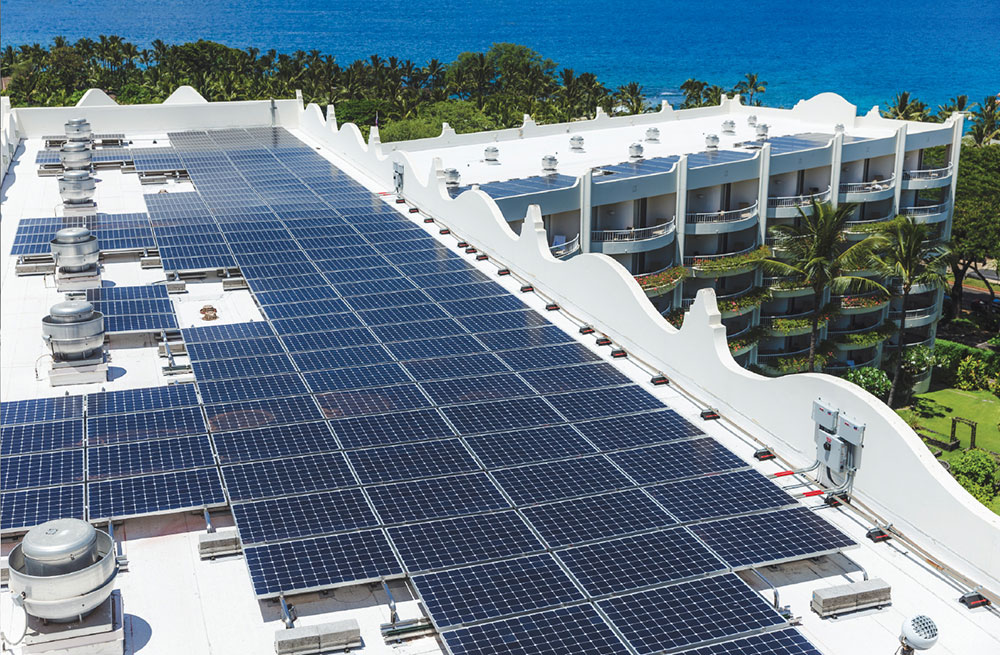 Since 2001, The Fairmont Kea Lani has launched more than 50 initiatives to help care for Maui. The resort sponsors an annual reef and beach cleanup on Earth Day, and in partnership with the Hawai‘i Wildlife Fund and the Department of Land and Natural Resources, it adopted Palauea Beach to help protect the endangered hawksbill sea turtle. On property, the Fairmont installed more than 2,200 rooftop solar panels (3), and donates all used soaps and amenities to Clean the World Foundation, which to date has created 4,200 new bars of soap and 3,200 hygiene kits for Third World countries. To mark its 30th anniversary in 2021, the Fairmont launched the “Rooted in Aloha” program, a commitment to plant 30 native trees such as koa, sandalwood and ōhi‘a all over the island. Most recently, the resort implemented the 4ocean program to encourage guests to give back: Participants in an islandwide, self-directed beach cleanup receive a fifth night’s stay free. https://www.fairmont-kea-lani.com/kuleana-commitment/