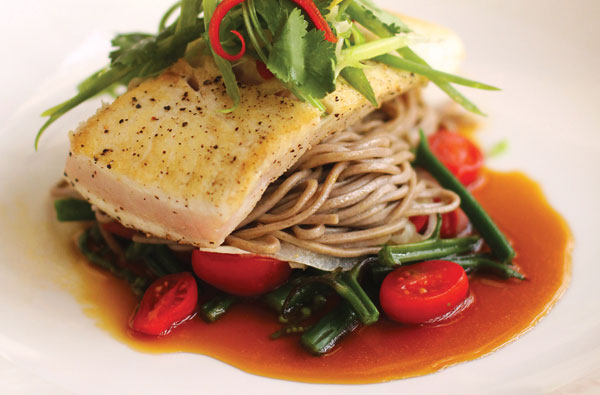 One winter’s evening in 2007, I waited in the parking lot of Nick’s Fishmarket in Rosemont, Illinois, with my engine idling and the heater turned up full blast, questioning the wisdom of having made a dinner date with my sister-in-law without first checking the weather report. Our reservations were an hour ago. As I was about to give up and venture into the white-out conditions on the expressways, I exhaled with relief, steaming up the windows, watching her car pull into the space next to mine, the only one in the lot not yet drifted over with lake-effect snow.

Our boots crunched over snow-crusted ground, but once we passed through the heated entryway and through the revolving doors into Nick’s Fishmarket, we were in another world. You’d never know the weather raged outside this cozy spot. Polished waiters glided through the hushed sophistication of the dining room. We took a booth in the bar area, where fellow diners had settled into a foxhole camaraderie before the warming fireplace, the fellowship of the storm.

Flash forward to Maui, 2013, where I find a stunning contrast to the weather but an equally warm welcome among the servers and staff at Nick’s Fishmarket at the Fairmont Kea Lani in Wailea. On this still, sultry evening in October, my dinner companion and I watch the hunter’s moon light up the sky. The waiter delivers an authentic Trader Vic’s-recipe mai tai made from hand-muddled mint swimming in the juice of freshly squeezed lime.

“This is Mike, there’s another Mike, and I’m Chris. We will be your service team tonight,” the lead waiter happily announces. “Among the three of us you will be well taken care of.”

So impeccable is the service that I never give it another thought, busy as I am savoring a delicately crafted Olowalu tomato bisque scented with basil mirepoix that has been ladled elegantly over lobster and avocado salad.

Next, Chris places before us Nick’s signature nod to his Greek ancestry: Plack’s Greek Chicken, a lovely dish that includes a seasoned, grilled chicken quarter on sun-dried tomato orzo with a green salad. The Day Boat Catch this night is ʻopakapaka. Another night, it might be opah, ono, mahimahi, or whatever fine seafood the fisherman has snagged that day. Regardless of its classification, the fish is fresh from the ocean and always served with local favorites — Hana fern shoots, hearts of palm, buckwheat soba noodles.

Between courses we track the moon as it arcs slowly across the nighttime sky, eventually reflecting off the ocean like a beacon signaling that the time has come for dessert. Mike lights 151 rum in a wine glass. He pours it ceremonially from glass to glass, the blue flame following the rum in a long stream, mesmerizing fellow patrons on the al fresco dining area. Mike then drizzles the burning liquid over a platter of Kula-raised strawberries that have been swaddled in chocolate. We hold our forks at the ready, waiting for the flaming plate to settle down.

“The berries get sweeter the longer it burns,” Mike tells us, smiling at our anticipation. We watch the fire dance among the berries for what seems like long minutes before the rum burns itself out and it’s time to indulge.

A History of Excellence

The lineage of this romantic Maui venue traces from the 1970s, when Aaron Placourakis went to work for the iconic restaurateur Nicholas Nickolas at Nick’s Fishmarket in Beverly Hills. Placourakis helped open Nick’s Fishmarket in Chicago, and became regional president of the Harman-Nickolas Restaurant Group in 1986, a year after opening the restaurant Nicholas Nickolas in Honolulu. In 1998, Placourakis and partners Al Souza and Jiro Noguichi formed Tri Star Restaurant Group, which took over ownership of Honolulu’s Nicholas Nickolas, and today also owns Son’z Maui at Swan Court in the Hyatt Regency Maui, Sarento’s on the Beach in Kihei, and Manoli’s Pizza in Wailea.

Chef Sarmiento began at Nicholas Nickolas in Honolulu in 1992, and moved to Maui when Tri-Star opened locations here.

In April 2013, Nick’s Fishmarket won a Silver ‘Aipono Award for Best Service, its fifth in this category. In October, Nick’s hosted an ‘Aipono Wine Dinner, which, like the ‘Aipono Awards gala, is sponsored by Maui No Ka ʻOi Magazine to benefit Maui Culinary Academy. Assisted by Academy students, Chef Geno created one of the best five-course menus of the wine-dinner series. Butter-poached Kona lobster, truffle ravioli and foie gras spring rolls were among the delectable dishes that enhanced luscious French regional wines presented by Charles Fredy of Chambers and Chambers Wine Merchants.

“I love working with the Academy’s culinary talent,” Chef Geno told me after that event. “The students are so willing to learn. They don’t come into the kitchen presuming that they already know everything. Nothing pleases me more than to share my experience and mentor future chefs.” 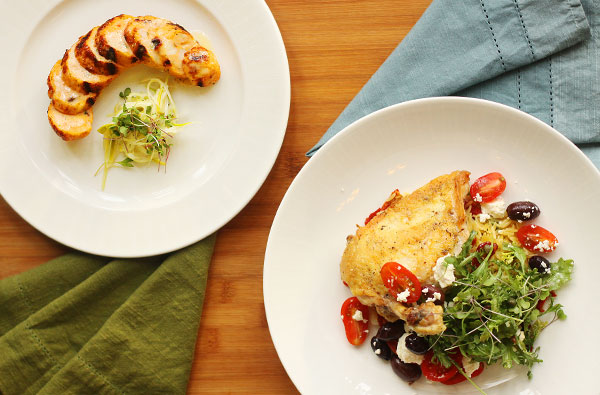 Although the name says “fishmarket,” Nick’s menu balances seafood with classic carnivore dishes, such as filet mignon, rack of lamb, and New York strip steak. Those who come specifically for the fish are rewarded with no less exceptional fare, including Pacific Coast abalone done “Chicago style” — which at $120 might be the most expensive dish on Maui, but to those who covet the hard-to-find mollusk, it’s worth it. Likewise the Hawaiian spiny lobster tail is a splurge at $55 and is plated with mac-and-cheese carbonara draped in a vanilla emulsion. For a special occasion, add a second tail for $50 more; it’s money well spent.

Judging from the many starry-eyed duos joining us on the lanai this still October night, Nick’s is also the perfect place for romance. Maybe it’s that buttery hunter’s moon, the muddled mai tais, or the scent of jasmine on the warm night air.

At least diners on Maui won’t have to worry about snow interfering with their dinner plans!

Stop in for happy hour, 5 to 7 p.m. daily, when shooters, garlic pommes frites, sliders and calamari are priced from $4 to $7.