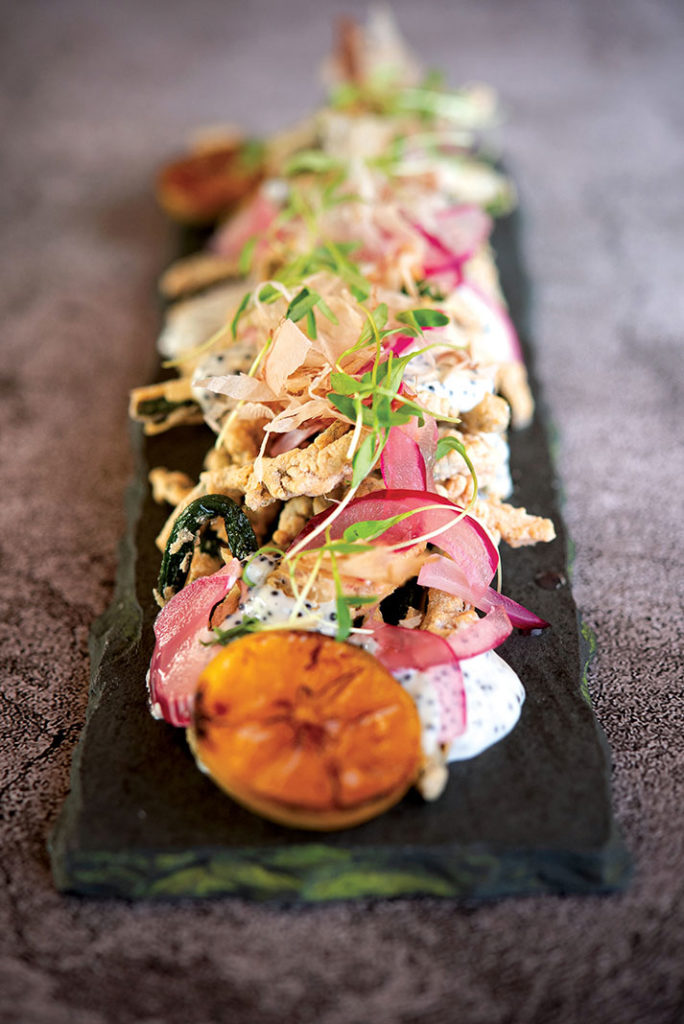 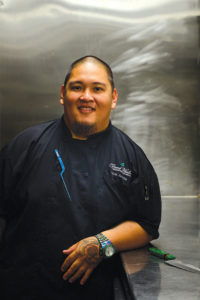 When Food Network’s Beat Bobby Flay held a “battle of the islands” in 2018, Alvin Savella lived up to his nickname, “The Kitchen Assassin.” That was also when he won Chef of the Year at the ‘Aipono Awards. I’ve followed Alvin since his days at The Westin Kā‘anapali’s Pūlehu, an Italian Grill, and The Banyan Tree at The Ritz-Carlton. Last year the Grand Wailea Resort gave him the reins to its signature restaurant, Humuhumu. Alvin’s culinary creations can range from whimsical to dramatic. His flavors are always spot on, and his food styling never disappoints.

The pohole challenge was right up Alvin’s alley. His creation: “loaded” mochiko pohole fries. “I thought this would be something that I’d like to eat.” Its secret weapon: a new spice blend he created for Spiceology. The Kitchen Assassin Citrus Ginger Seasoning hits all the right notes with a balance of citrus flavor, ginger, garlic, salt and pepper. Pohole fries dipped into punchy, creamy tobiko aioli, followed with a nibble of crunchy pickled onions… it’s bliss in a bowl!

Combine all ingredients and reserve for plating.

In a small pot add vinegar and ginger and bring to a boil. Turn off heat and let steep for 10 minutes. Cool. Add onions to the vinegar mixture. Let marinate for at least 4 hours.

Heat oil to 375 degrees. Drain pohole from marinade and toss with the dry mochiko flour and cornstarch. Fry immediately until golden brown. Drain on paper towels.

2010 Chef of the Year: Cameron Lewark