Diane Woodburn of Maui No Ka Oi Magazine talks with chef Tylun Pang and chancellor Lui Hokoana. In this podcast Tylun talks about winning the first ever Aipono Award Chef of the Year in 2002, growing up on Oahu, his inspiration to begin cooking, some of his early jobs in the culinary industry, what shaped his inspiration for Kō, why it was important to him to incorporate so many different cultures in the menu, winning the Aipono Awards 2015 Lifetime Achievement Award, why he created a scholarship for the culinary program at UH Maui College, the holiday menu he made for Maui No Ka Oi Magazine, his favorite dish on the Kō menu, why it’s important to have an experience while dining, what it was like creating a cookbook, how he thinks dining could change and adapt in the near-future, who his mentor was, his advice for aspiring chefs, and how he’s helping to create meal boxes for over a thousand furloughed employees of multiple resort properties.

Diane also speaks with UH Maui College chancellor Dr. Lui Hokoana (34:06) about growing up on Maui, why he wanted to get into education, what it was like becoming chancellor, how UH Maui college had to adapt during Covid-19, how the college continues to provide services for students, how they came to the decision to have a virtual commencement in June, how he thinks education could evolve after the stay at home situation ends, and what the campus could look like later this year during the fall semester. 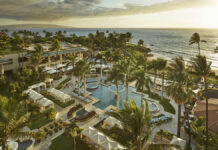 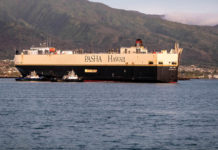 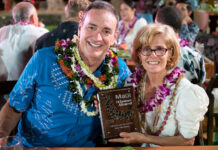