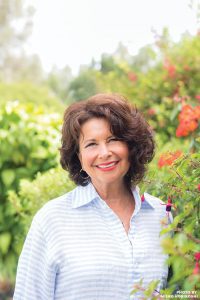 “You need to go paddling,” my husband says to me. I look at him in disbelief. He knows how hard I’ve been working, racing against a publishing deadline and working overtime to ensure I meet it. I’m running on empty, and he thinks I should get into a canoe? It takes every chromosome in my body to keep from blurting, I can’t! There’s too much to do! Instead, I say, “Let’s go.”

The day is nothing less than glorious. The sky is blue, blue, blue; the ocean as clear as a fishbowl. We launch our one-person canoes from a beach in Kīhei and paddle to the reef. The rhythm of my stroke, the gentle lift and push of the ocean, the steady offshore breeze — all create a sweet state of reflective reverie. Jamie is right; I needed this. Life is pono (all good) again.

Suddenly, haaahhoosh! That’s a tough one to transcribe. It’s the sound a honu (Hawaiian green sea turtle) makes as she pokes her shiny head above the surface to exhale, then gather another breath before diving down in search of more tasty limu (seaweed).

Haaahhoosh! There’s another, and another, and then — I’m surrounded by honu. One surfaces just inches away, startling us both. Her doe eyes lock with mine and we study each other. Deciding I am harmless, she glides away gracefully, despite her immensity.

I am impressed by her easy elegance, but what strikes me the most is her obvious good health: no tumors. In fact, of the dozen or more turtles all around us, not one appears to be afflicted with fibropapillomatosis (FP), a disease which at one point seemed likely to wipe out Hawai‘i’s green turtle population. Since its discovery in the 1930s, FP has spread to every ocean on Earth and has infected six of the seven sea turtle species. It causes the growth of both internal and external tumors, the latter of which manifests as grotesque lumps on and around the soft tissues of the eyes, mouth, neck and flippers. Though benign, the tumors can grow very large, impairing a turtle’s ability to feed, see, swim and float. Eventually, they may cause death.

At its peak, the disease affected more than 60 percent of Hawai‘i’s honu. (See MNKO March/April 2007, mauimagazine.net/sea-turtle-health.) Scientists don’t know what causes FP and have no idea how to reverse it, but one thing is for sure: it is devastating. Once upon a time, there were several million green sea turtles navigating the Earth’s oceans, but today only an estimated 200,000 mature females are left, due in no small part to FP.

Yet here she is — healthy and gorgeous. Over the last few years, scientists have noticed a decline in the disease on the whole, and a spontaneous regression of the tumors in individual turtles that once appeared to be doomed. For reasons not yet understood, the disease is simply disappearing. Perhaps my honu is one of the lucky ones. Sea turtles are true ancients in our world, and have impacted cultures far and wide in their 150 million years on the planet. Hawaiians, for instance, believe the honu guided the first voyagers to these Islands, and in Chinese mythology, the turtle represents wisdom. Then there is the anecdote I turned to as a child whenever I felt overwhelmed — “ slow and steady wins the race” — which helped me overcome many an obstacle. This is true, too, of my honu: she is not just another turtle — she’s a survivor who has weathered a dangerous storm.

Suddenly, my worries seem very small indeed. If the honu can survive the dinosaurs, the ice age, the arrival of man and this devastating disease, certainly we humans can withstand some difficult times, as well. Spontaneous healing isn’t a myth. It just takes a little time. So exhale, grab a paddle and trust the ancients.