“The Grammy organization itself has no agenda. When it comes to highly subjective music taste, we’re kind of like Switzerland—the neutral player.”

So asserts Ben London, executive director of the Recording Academy’s Pacific Northwest Chapter, the chapter that includes Hawai‘i’s members. But perhaps it’s hard to be neutral enough when, out of thousands of Recording Academy members who cast Grammy ballots, fewer than two hundred are Hawaiian.

How can that small Hawaiian segment of the Grammy electorate make music-industry voters more knowledgeable about Hawaiian music? How can they convince the Recording Academy to add another category for Hawaiian vocal music, increasing the odds that artists like Keali‘i Reichel, Amy Hanaiali‘i, and Raiatea Helm might win someday?

As Amy Hanaiali‘i’s manager, Allen Sviridoff, told me, “If you had forty or fifty vocalists (among the submissions) then they’d seriously look at another Hawaiian category.”  But according to Bill Freimuth, the Academy’s vice president of awards, only twenty-nine albums were submitted for 2008 that met the Hawaiian music qualifications, actually down from forty-eight the previous year.

The Hawaiian Academy of the Recording Arts and Sciences, the Department of Business, Economic Development and Tourism (DBEDT), and Hawaiian music advocates are working hard to increase those efforts. Ben Churchill told me he’s personally encouraged many Hawaiian and Polynesian musical artists living in Seattle to join the Pacific Northwest chapter, but some have balked at the dues—$100, not a trivial investment in the current hard times.

The Recording Academy, in conjunction with DBEDT, has conducted workshops to educate musicians about Grammy nomination requirements and recruit more members. According to Tracie Young, economic development specialist in the Arts & Culture Development Branch, the department regularly does promotions of Hawaiian music and its various genres with Borders Books, and each year holds MusicTech, a series of programs to teach Hawaiian musicians how to market to larger audiences, especially on the Web, and how to join the Recording Academy.

The fee for the programs can be applied towards a Recording Academy membership, and Young encourages members each year to join the Academy before the deadline (the first round of submissions for the 2010 Grammy awards is in September; to be eligible to submit an album, a musician must join the Recording Academy by July 1).

The Hawaiian musical artists I spoke to are confident of growing worldwide interest in Hawaiian music, especially with the streaming of nominated artists on the Internet, the influence of Hawaiian music on musicians ranging from Taj Mahal to David Byrne, and artists like Steely Dan transmitting the Hawaiian music vibe (just listen to Walter Becker’s “Little Kawai”).

The Grammys will one day reflect the breadth and diversity of Hawaiian music—but not without a major push from Hawaiian musicians.

For more information, musicians can call the Department of Business, Economic Development and Tourism at 808-587-2584. 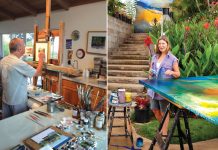 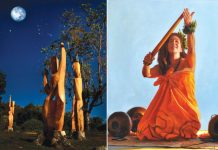