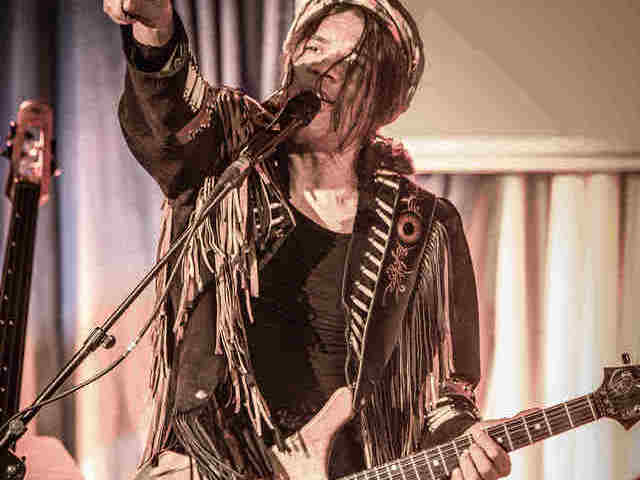 Guitarist Stanley Jordan uses two hands to play each note in an advanced form of tapping that allows him to play melody and chords simultaneously. A four-time Grammy nominee, Jordan has performed at many jazz events, including Kool Jazz Festival, Concord Jazz Festival, and the Montreux International Jazz Festival. Come experience the touch technique of a master!  The world-renowned guitarist presents a new live show called “Stanley Jordan Plays Jimi.” This is a tribute show—but it’s not pure imitation. As Jordan explains it, “This is my fantasy Jimi Hendrix concert if Jimi were still alive and playing today. By re-imagining his music and channeling his persona, I try to bring that fantasy to life.” The performance on January 24 will be a trio format, with Gary Kelly, a renowned bassist, and Kenwood Dennard, a percussion professor at the Berklee College of Music.

“A virtuosic tour de force. A truly original talent.” – Los Angeles Times
“There is something mighty special when a musician comes along and takes an instrument to a new level of performance.” – Chicago Tribune

One of the few jazz musicians with a gold record to his name. (”Magic Touch,” his 1985 Blue Note debut) – The New York Times

“If you looked around the club, everyone had this vaguely amazed/starstruck/mesmerized/dreamy look as they watched Jordan play. You could’ve heard a pin drop – nobody wanted to miss a single note.” – The Panic Manual

“No one sounds like Stanley Jordan. He famously plays with both hands on the guitar fretboard, as though he were playing piano keys.” – Twin Cities Arts Reader