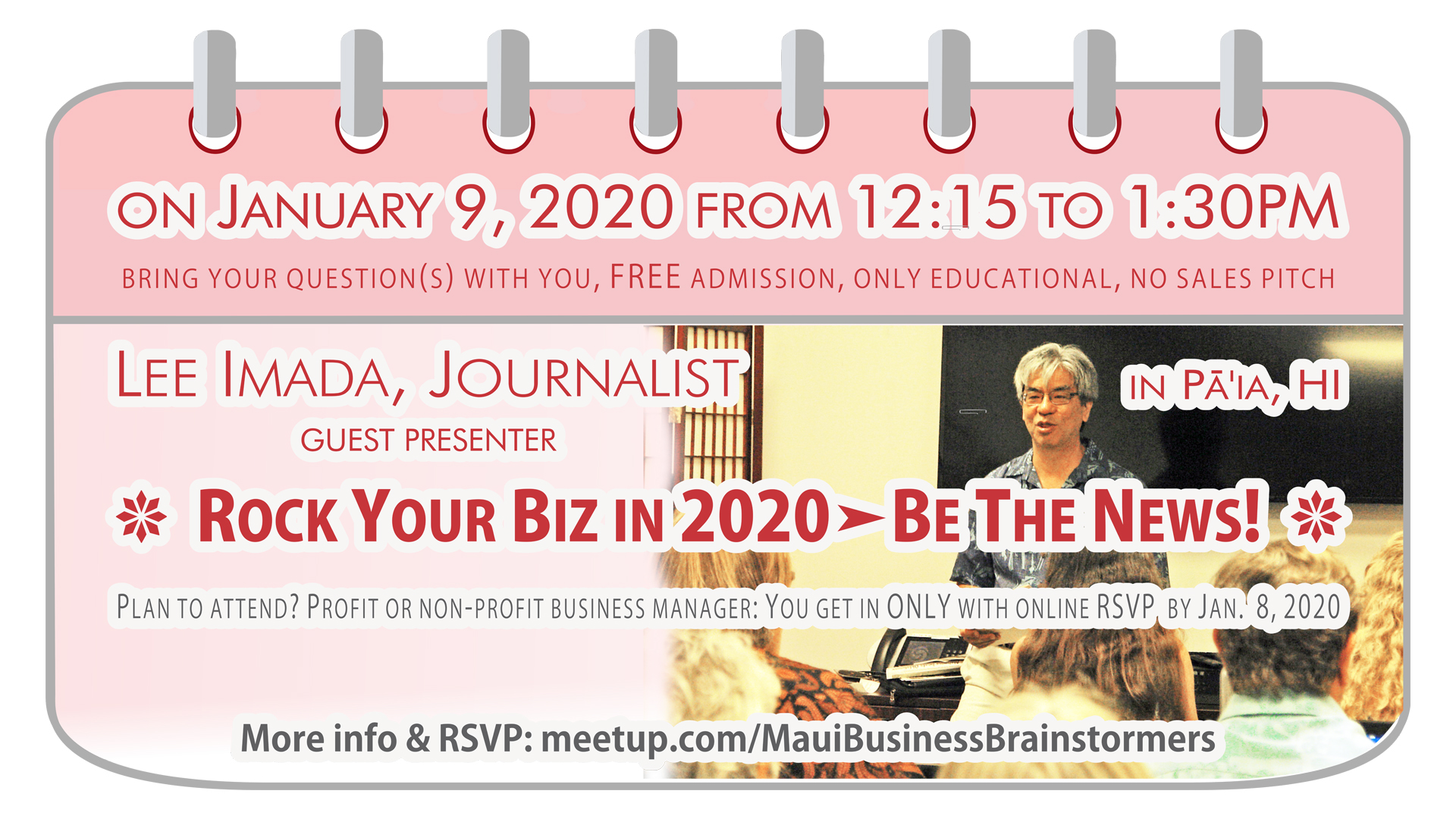 If you’re new to the task of writing a press release for your own business, or still have an abundance of questions, this 1-hour workshop is for you.

After learning about accepted formats and writing techniques, you’ll recognize when your business has something newsworthy, and you’ll know how to present the information the media will want to know.

Guest presenter Lee Imada grew up on Maui, graduating from Maui High and earning a Bachelor of Science in Journalism from Northwestern University. After attending a year-long Japanese studies program from 1984-1985 at Nanzan University in Nagoya, Japan, he spent a month in 1987 on a Hikbakusha Travel Grant to interview and report on victims of the atomic bombings of Hiroshima and Nagasaki, Japan. A Waikapu resident best known as the current Managing Editor of The Maui News, he previously served as News Editor from 1992 to 2012, and Assistant News Editor from 1991-92, as well as reporter from 1981-92.