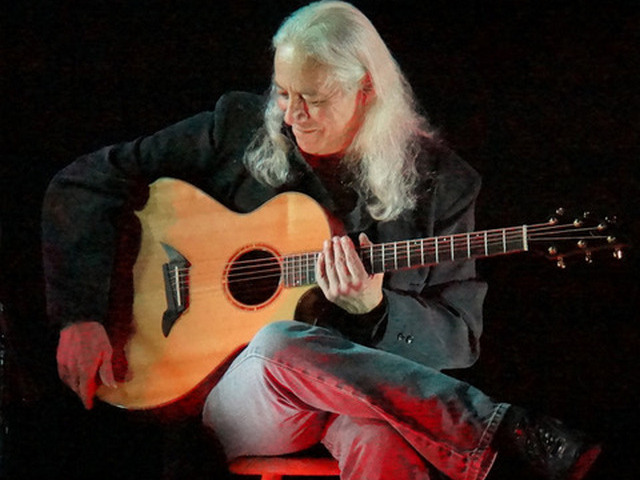 From Tokyo to Rome and venues across the U.S., Ed Gerhard’s music has touched audiences all over the world. Whether he’s performing on a 6-string, 12-string, slide guitar, or acoustic Hawaiian lap slide, Gerhard captivates his audiences with virtuosity, generosity, and sly humor. Known for his gorgeous tone and compositional depth, Gerhard can move a listener with a single note.  The Grammy Award-winning guitarist has created a “guitar voice” of his own that is recognized and praised worldwide.

Along with players like Ben Harper and David Lindley, Gerhard’s unique approach to the Weissenborn (an acoustic Hawaiian lap slide guitar) is playing a significant role in reinvigorating interest in this somewhat esoteric but beautiful instrument. Ed’s style of Weissenborn playing is unique in that he composes and arranges music for the instrument with beautiful melodies, complex chords, and moving basslines—unusual for an instrument that normally serves an accompaniment role.

Gerhard is featured in the book, “Lap Steel Guitar,” alongside legendary players Greg Leisz, David Lindley, Jerry Byrd, and more. In a true collaboration of guitarist and guitar-maker, Breedlove Guitars released the “Ed Gerhard Signature Model,” which became one of their best-selling guitars and won the Player’s Choice award from Acoustic Guitar Magazine. Scott Alarik of the Boston Globe said it best when he wrote, “Gerhard does not write instrumentals. He writes songs only a guitar can sing.”