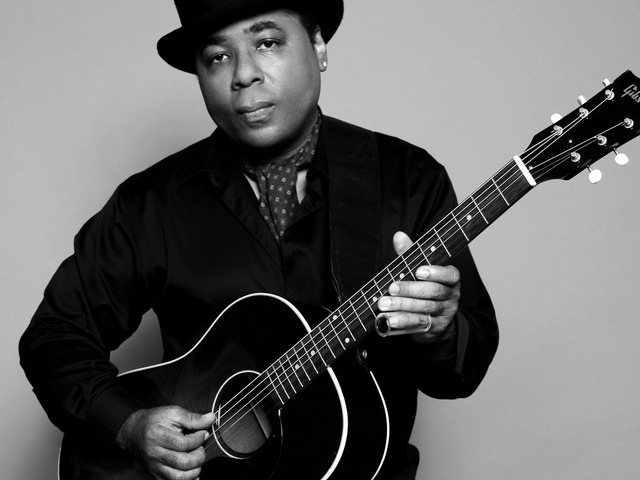 Blues Bear Hawaii is proud to present Chris Thomas King, master practitioner of traditional Delta Blues and contemporary Blues, on tour behind his new release, “Hotel Voodoo.” Born in Baton Rouge, Louisiana, he is the son of blues musician Tabby Thomas. He was recognized as a prodigy musician as a child and turned pro while still in his teens. His debut album was very much in a traditional blues vein, but he soon found himself on a mission to prevent the blues from becoming a museum piece, becoming the first bluesman to successfully fuse hip-hop and other genres to create a new Blues for the 21st century.

King was chosen by the Coen brothers to play the role of itinerant bluesman Tommy Johnson alongside George Clooney in the movie “O Brother, Where Art Thou?” and a role in HBO’s “Treme.” He also won a Grammy for the soundtrack of the Ray Charles biopic, “Ray.” King has sold over 10 million records and won numerous awards, including “Album of the Year” at both the Grammy and Country Music Awards. He took a fresh re-approach to traditional blues, recording an album of Tommy and Robert Johnson inspired originals.

“Hotel Voodoo” is King’s first studio album in five years, proving he is at the peak of his powers as a blues rock guitar tour de force on par with legendary greats Jimi Hendrix, Stevie Ray Vaughn, Eric Clapton, and Buddy Guy.