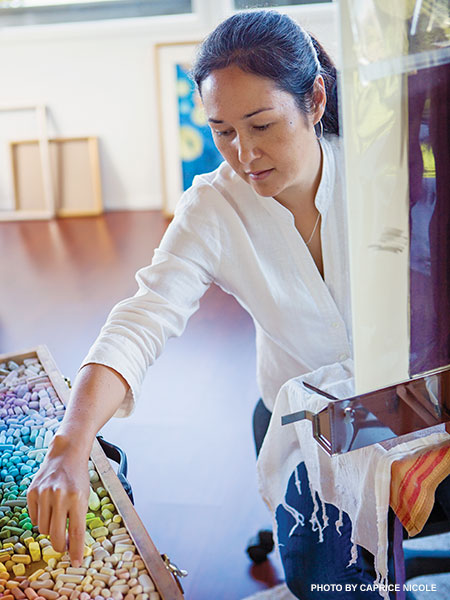 Chelsea Bryce roots through the box of crayons her five-year-old son, Keenan, keeps in her studio, pulls out a waxy white and rubs a design onto a sheet of watercolor paper. As she adds a wash, the wax resists the color, revealing the pattern. “Normally I’d use a liquid resist,” Chelsea says, “but I hesitate to keep toxic materials where my kids may play. One day I saw the crayons and thought, Oh! This could work!”

Her affinity for playful creativity comes to Chelsea naturally. She was younger than Keenan is now when her parents opened a frame shop next to their Olinda home. By the time she was four, she was keeping company with professional artists like Jan Kasprzycki and Pamela Hayes — whom she considers a mentor. While other kids were watching Sesame Street, Chelsea was getting immersed in art.

She attended the University of Puget Sound, earning a bachelor’s degree in English in 2001, and spending her summer vacations working in her parents’ shop. After college, framing became her full-time job, one she happily continued until 2008. During those years, Chelsea played with art in her free time, but was in no rush to pursue it as a profession. “I grew up seeing artists having to get ready for shows. As framers, we were at the tail end of that, so we’d see artists at their most stressed.” 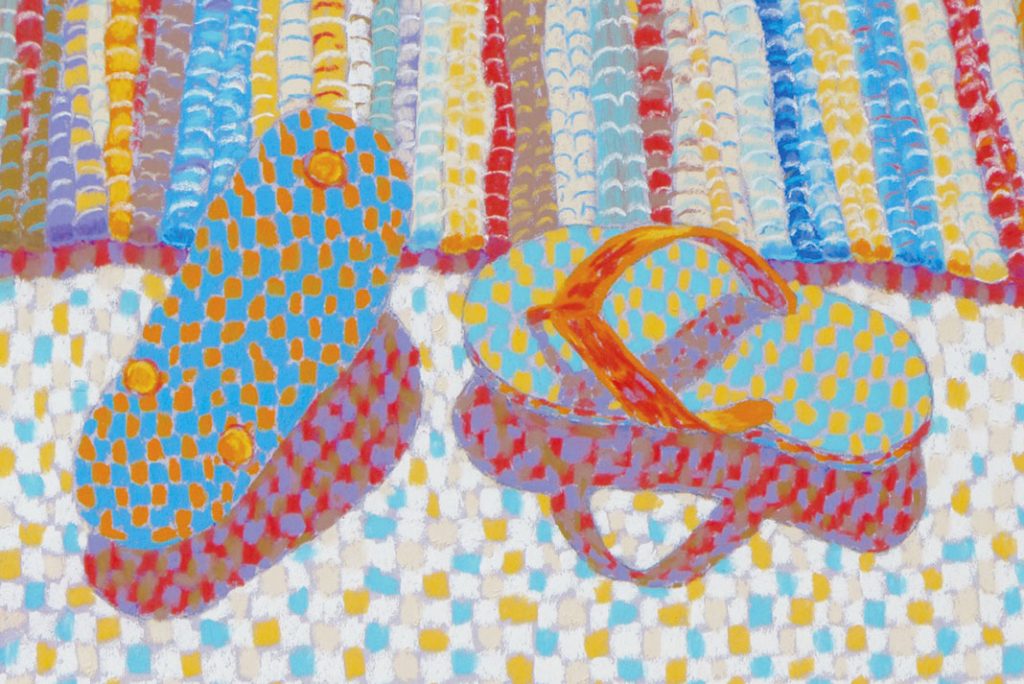 In 2003, she took a drawing class with Kit Gentry, an artist known for the photorealism of his paintings. “Kit gave me his pastels,” she says. She liked the fit and feel of the chalk between her fingers, the comfortable familiarity akin to drawing.

Gentry also gave her a photograph of Clermontia arborescens, an endangered plant endemic to Hawai‘i. Chelsea painted it in pastels and entered the piece in the first Malama Wao Akua, a juried exhibition of art inspired by the natural world, hosted by Viewpoints Gallery in Makawao. It got accepted. 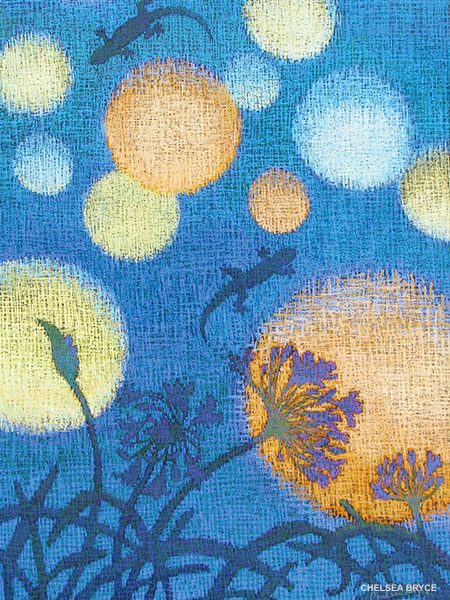 The intersection of art and nature was right where Chelsea belonged. During her years in Tacoma, a deep appreciation for her island home had taken root; after college, she volunteered with The Nature Conservancy, weeding in Waikamoi Preserve and helping to restore Auwahi’s dryland forest. “I began exploring the island, and was amazed at how beautiful the landscape was. How did I not know there was a native Hawaiian rainforest two miles as the crow flies from my house!”

In 2007, Chelsea took a watercolor class with Pam Hayes, and came away so excited by the experience that her then-boyfriend, Monroe, arranged for her to take private lessons with the artist. That same year, she entered a second painting in Malama Wao Akua. It made the cut — and caught the eye of Joelle Perz, Viewpoints’ artistic director, who asked her> to participate in the gallery’s Makawao Paint Out invitational. “It was exciting,” Chelsea recalls. “It pushed me to work outside the studio, which I’d never done before.” Perz next suggested that Chelsea collaborate on an exhibit with printmaker Margaret Bedell. “I had to paint before I went to work,” says Chelsea. “We were busy framing for Lahaina Galleries, Dolphin Galleries and Viewpoints, and so many individual artists.” 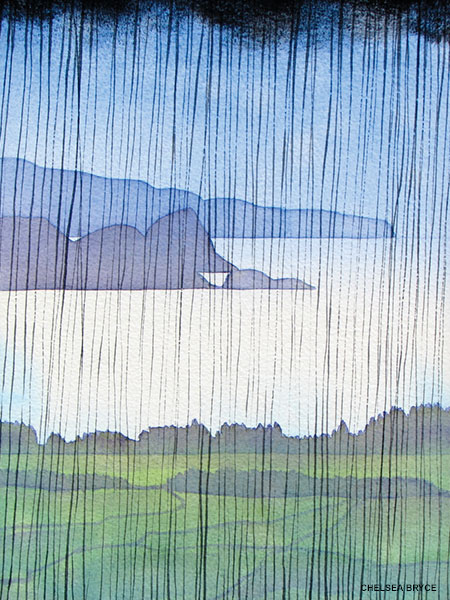 Her parents closed the shop and retired in 2009, the same year Chelsea and Monroe married. Two days a week, he takes charge of sons Keenan and Kelton, so she can pursue her other love. “What I want to do now is just paint: serene Upcountry scenes, moments of solitude and reflection. Rain and mist are recurring themes in my work, the mist moving through the ‘ohi‘a trees, or the rain on the roads. It’s what Olinda is like, where I grew up. My Japanese name, Kasumi, refers to low, misty clouds.

“I have so many ideas, I can’t get them out fast enough,” she adds. “Why did I put ‘Maui Pastel Artist’ on my business card? I don’t want to be labeled as just that.” She picks up a scrap of matboard on which Keenan has dribbled glue and glitter. “This got me thinking about dimensional painting, what I could do with gloss. I grabbed a glue bottle and drizzled it on black pastel paper, and got this raised gloss texture.” She points next to a pastel depiction of rubber slippers worked in colorful crosshatching, inspired, she says, by the heaps of slippers and little rubber boots she sees on her porch every day.

“My kids really influence my process,” says Chelsea. “I love being able to show the public what I do, but fun is what I’m after — that ‘artist’s high,’ as Pam [Hayes] puts it. She says, ‘You know you’re really creating art when you think, Ooh, I wonder what would happen if. . . .’”