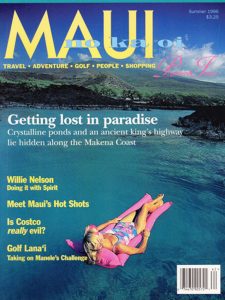 When we asked Diane Haynes Woodburn to talk about launching Maui No Ka ‘Oi, we knew how far the magazine has come in twenty years. The first issue was just fifty pages, and the publication came out four times a year. (We went bimonthly in 2006.) But what Maui No Ka ‘Oi lacked in size it made up for in enthusiasm. Our first issue introduced readers to a remote and scenic wilderness, tackled the issue of big-box stores vs. mom-n-pops, and featured an interview with Maui resident Willie Nelson.

“EVIL” COSTCO? “We took on Costco, which had just opened. An Island Issues story in our very first issue! We were a little nervous about what our writer might say; a former Maui News reporter, Tom Stevens was no fan of development. But he went to mom-n-pop stores like Morihara and Hanzawa’s, and found out they liked being able to buy from Costco. That big-box store wasn’t ‘evil,’ after all!” 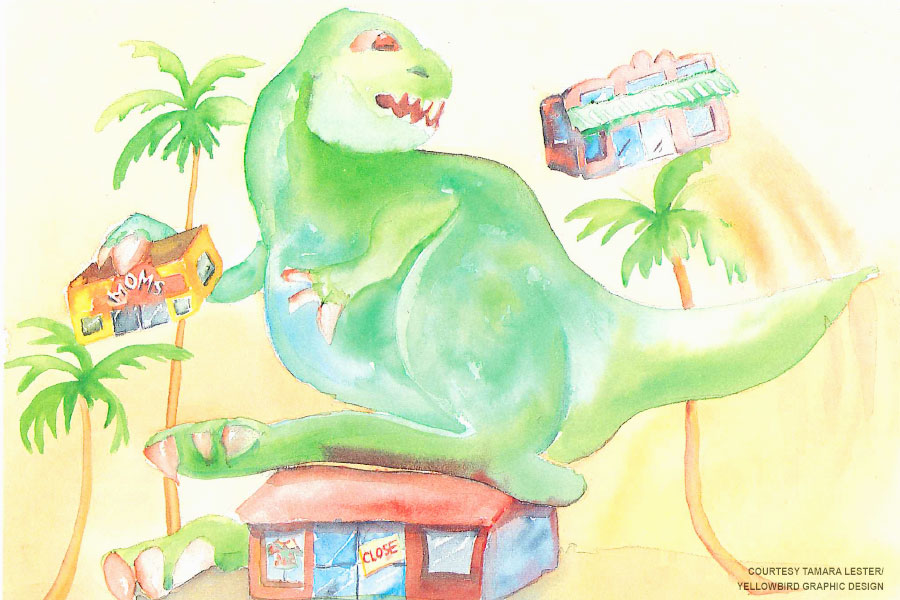 “The title of that story was the most embarrassing thing!” Diane laughs. “This was my first issue; I was interviewing a really big star, and writing about why people love him. He was rolling a joint as I arrived — at 10 a.m. — and I’m sure I got stoned being in his presence. One of the funniest stories he told me was the time his wife warned him not to go carousing. He did, and when he came home and passed out, she sewed him into the sheets and beat him with a frying pan! But here’s why I love Willie: he performed at a benefit for Ka Lima o Maui, the nonprofit that works with people with developmental handicaps. And he’s been donating his talents for worthy Maui causes ever since.” 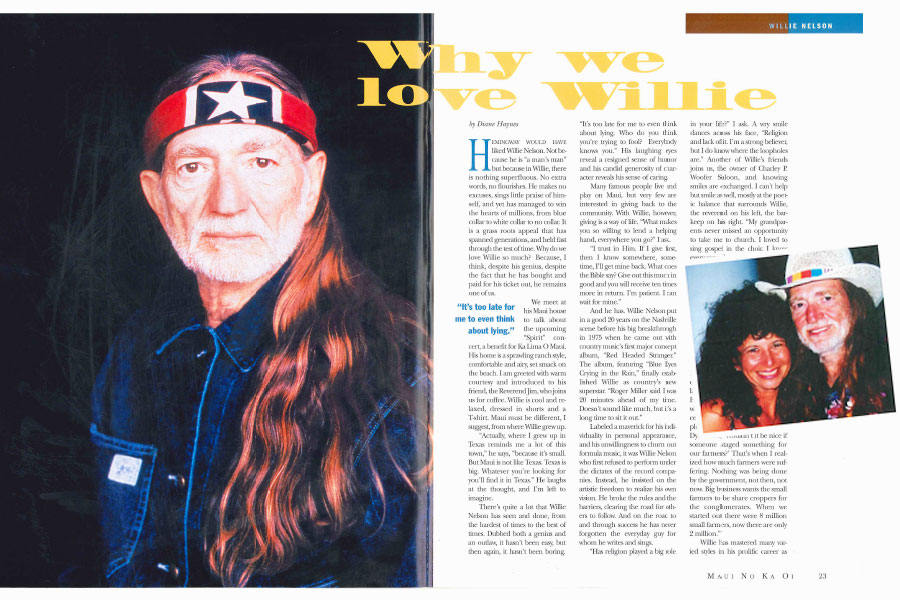 A lot of dedicated folks have been part of MNKO’s staff in the past two decades. Some stayed for years, others for just a little while. We cherish them all.