In Hawai‘i, Chinese New Year is celebrated with nearly as much enthusiasm as in China, although we don’t get a whole week off from work. But in the days surrounding February 5, 2019, the start of the Year of the Pig, many local Chinese will observe the holiday in the same fashion as their ancestors have for nearly 4,000 years.

The first Chinese in Hawai‘i arrived in 1788 as crewmen aboard trading ships. In the mid-1850s, sugar-plantation owners recruited thousands of Chinese field laborers, and by 1882, the Chinese made up half of the industry’s workforce. Today, less than 5 percent of the state’s population is Chinese, but the tight-knit community staunchly and proudly maintains its cultural traditions.

Most Chinese New Year customs trace back to the legend of the monster Nian, whose name also means “year.” Every New Year’s Eve, Nian would emerge from the ocean to terrorize seaside villages, devouring livestock and children. One year, a mysterious old man appeared and declared he would face Nian alone while the villagers fled to the mountains. Knowing that the monster feared the color red, the old man dressed himself in crimson clothing and pasted red paper on the doors of the village homes. Then he burned bamboo sticks, which popped and cracked loudly, further frightening the monster. When the villagers returned to find their homes intact and their livestock unharmed, they resolved to follow the old man’s example every New Year. Nian never showed up again.

Similarly, the traditional lion dance stems from a fourteenth-century tale about villagers vanquishing an evil beast. The people of Foshan, Guangdong Province, fashioned lions out of bamboo, painting them in vivid colors. When the monster appeared, they rushed at him with their lions, dancing furiously and beating drums and gongs until the beast ran away. Ever since, the lion dance has symbolized the exorcism of evil spirits.

On February 8, the annual celebration will begin at Wo Hing Museum (858 Front St.) with a New Year’s blessing and Chinese cultural activities for the whole family. The crackle of firecrackers will punctuate the drums, gongs, and cymbals accompanying the colorful lions as they dance down Front Street, stopping at shops and restaurants to help ensure a happy and prosperous year. Be sure to bring a few dollars to feed the lions for good luck. And don’t forget to wear red.

For more information and a schedule of activities, visit LahainaRestoration.org/Chinese-new-year.

Web Exclusive: Watch a short clip of the festival below. 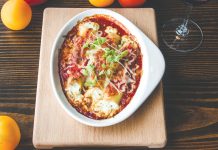 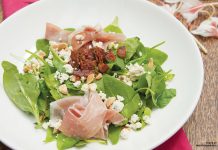 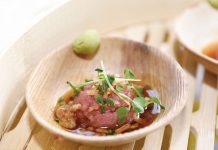 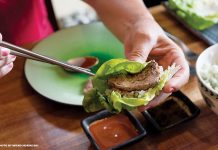 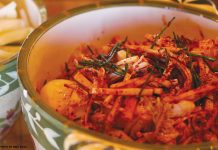 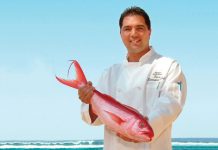 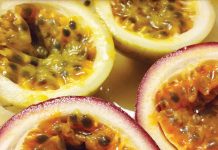 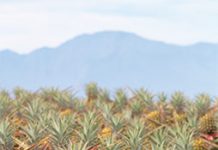 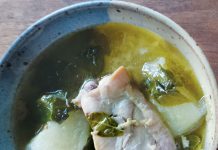 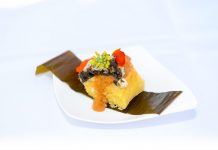 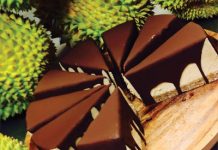 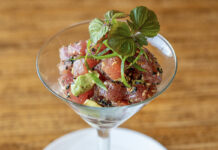