The last twenty years have seen a 28 percent increase in the population of Maui County, and the demise of many beloved, locally owned businesses. The companies spotlighted here have defied the odds over the past two decades and, in fact, have all been in operation for at least twice as long. How have they managed to survive? 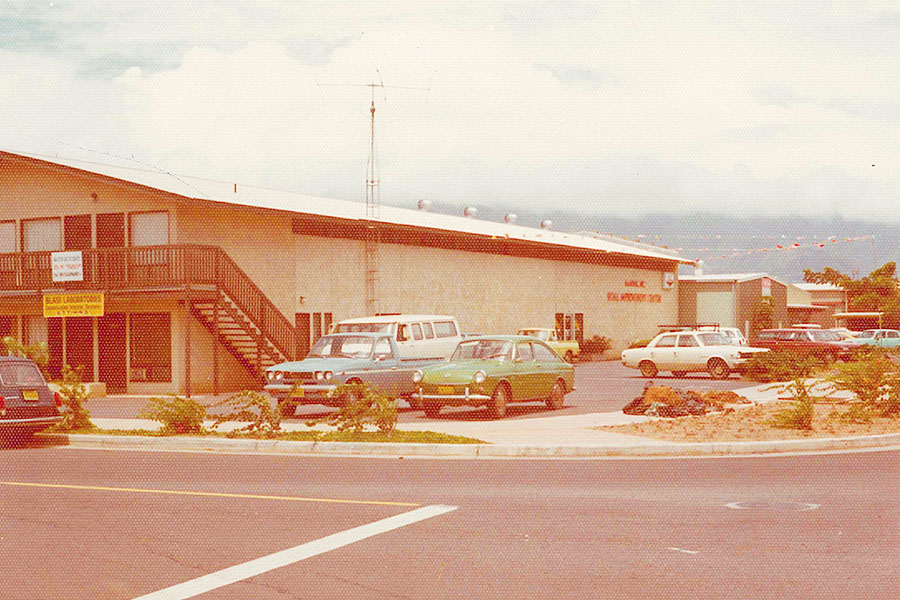 “We’re a dying breed,” Bill Marrs tells each new hire at Marmac Ace Hardware. A family business that has not only survived, but thrived in the face of big-box competition and economic swings, Marmac is indeed one of the last of its kind. “We’re in the people business; we treat everyone like family,” says Bill. After spending twenty minutes with him in the employees’ break room, I could believe the sincerity in his words. From floor staff to management, everyone is on a first-name basis with Bill. Fist bumps and hugs are exchanged as the workers leave for the day. 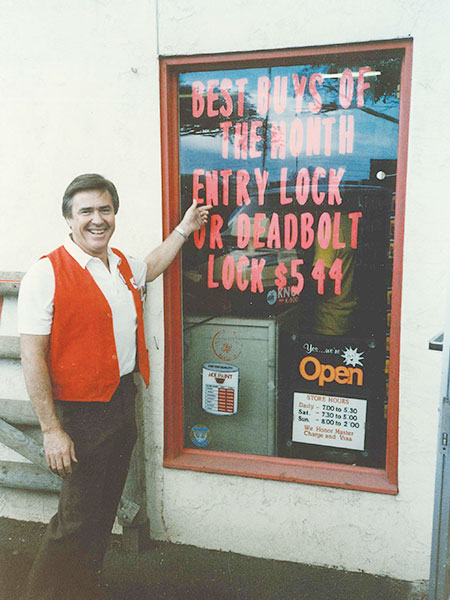 Forty-five years ago, when Bill and his wife, Maureen, started the company with Maureen’s parents, Joe and Betty McCurdy, the Alamaha Street hardware store offered a few hundred items and functioned primarily as a supplier to local contractors. Free coffee and popcorn were unique and favorite features of the store. Back then, Bill says, business deals were built on mutual respect and sealed with handshakes. “It was all about helping each other.”

In Bill’s world, it still is. He has earned the loyalty and trust of his employees through his concern for their welfare, and the staff pays it forward to the customers. Whenever I’ve ventured into the store, obviously out of my comfort zone, a red-vested employee has appeared within seconds to help me find the item I need, even when I wasn’t sure what it was. Over the years, I have fixed several leaky toilets and replaced my bathroom-sink faucets with their guidance and moral support.

Today, Marmac’s inventory includes over 40,000 items at the original Kahului store and the Wailuku location, which opened in the Maui Lani Village Center in 2013. Bill remains company president, but has turned over most of the daily operations to his daughter and son, Lauri Lawrence and David Marrs. The second location, although much bigger and more brightly lit, has the same old neighborhood feel as the original store.

And, yes, there’s a popcorn machine at the checkout stands. Why free popcorn, I ask Bill; is it a personal favorite? He smiles, “I just like the smell of home.” 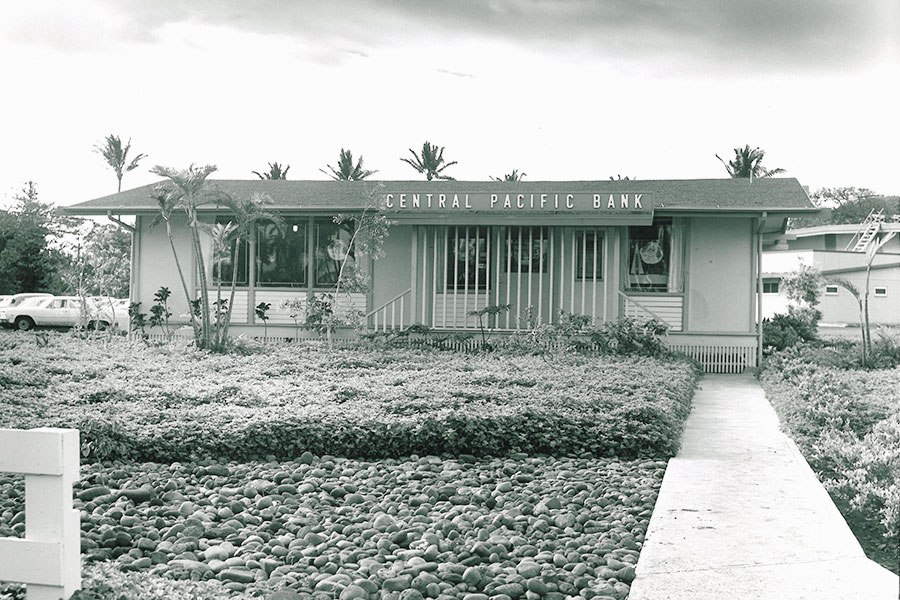 Spurred by frustration with the social inequalities and ethnic bias that persisted in post-World War II Hawai‘i, a group of nisei (second-generation Japanese-American) war veterans decided to take action. Sakae Takahashi, in A History of Service, said, “A lot of guys had difficulty getting mortgage loans . . . there was a growing feeling that we should have a bank to help out those struggling in the community.”

Takahashi and his fellow activists, including future U.S. Senator Daniel K. Inouye, appealed to the local community to help them raise funds for a new, grassroots lending institution. They offered stock at a minimum of 3 shares, which allowed average working families to participate, and a maximum of 300 shares, to prevent any one investor from acquiring a controlling interest. In three months, the group raised $700,000, double the amount called for in the initial capitalization plan, and on February 15, 1954, Central Pacific Bank opened its doors in downtown Honolulu. Today, the little bank with humble beginnings has expanded to include thirty-six branches in all four counties. The dream held by its founders, to help the people of Hawai‘i create a better life for themselves, continues to drive the company. 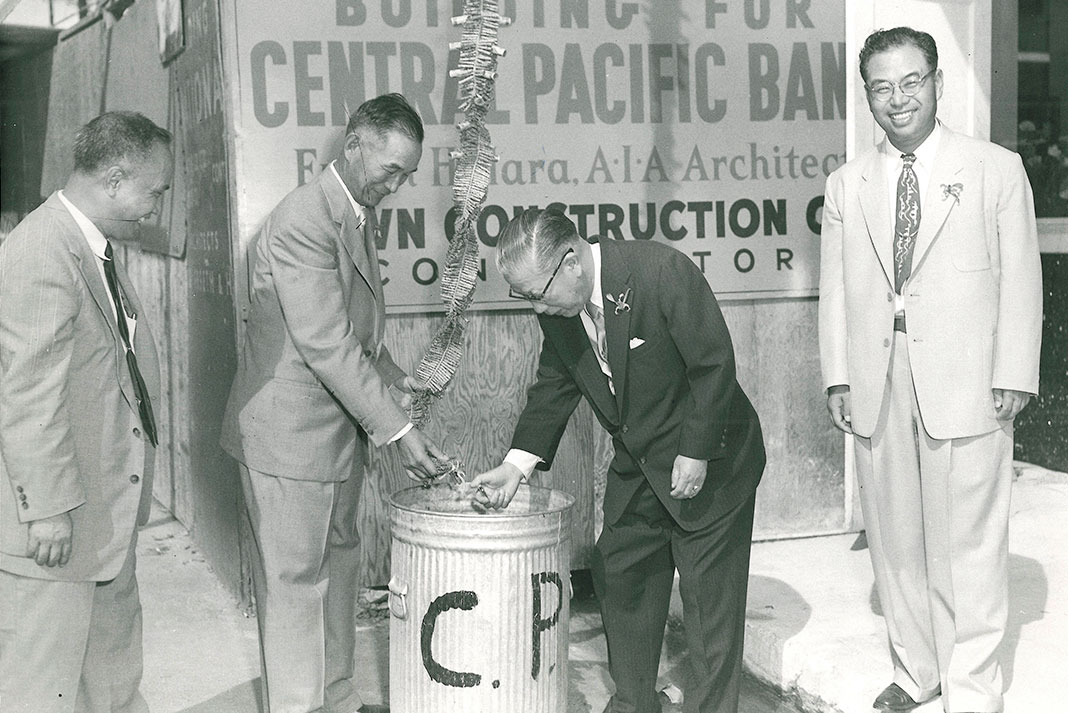 Senior Vice President Kyle Sakamoto, who oversees commercial banking for the neighbor islands, says, “We’re not the biggest; we never will be, but that’s not what it’s about. For us, it’s all about relationships.” Many of those relationships, begun in the bank’s early years, have spanned generations. My family is a typical example.

A couple of years after CPB’s first Maui branch opened in 1966 at the Kahului Shopping Center, my father, who was a dentist, and Maui surgeon Dr. Jose Romero saw an opportunity to purchase a medical clinic building. They formed a small hui (group) of local businessmen and applied for loans at the established major banks, only to be turned down by each. CPB was the only financial institution willing to take a chance with the hui. Naturally, when it was time to open my first bank account, my parents took me to the same branch, where I remained a customer for decades. And, nearly fifty years after that initial loan, the newest CPB branch sits on a Wailuku lot owned by the Romero Medical Building.

Established by Wailuku’s Fujimoto Florist family, Kahului Florist opened in 1953 at the Kahului Shopping Center. Employee Doris Nishimura purchased the shop in 1962 and, eleven years later, moved it to the brand-new Maui Mall. Doris’s daughter, Natalie Nishimura, grew up in the business and now co-owns and operates Kahului Florist with her brother-in-law, Wayne Tokumoto.

Florists, like farmers, make their living at the mercy of Mother Nature. Unfavorable weather conditions and climate changes can have devastating effects on supply and inventory. The industry is also affected by social trends, especially online marketing. Natalie says the key to survival has been the company’s insistence on top-quality goods and customer service. Wayne adds the ability to adapt to a constantly changing market as an important factor, pointing to the baskets of cookies and musical teddy bears displayed alongside vases both elegant and whimsical.

Indeed, Kahului Florist has always been on top of floral and gift trends. I remember tagging along with my mother on visits to the original shop and watching “Auntie” Doris meticulously assemble funeral wreaths and holiday centerpieces. The wrist corsage for my first prom, a fat red carnation lei for graduation, a petite pikake headpiece for my wedding day, all came from Kahului Florist. Twenty years later, my son’s prom date bought him a maile lei instead of a carnation boutonniere, and he presented her with a fan bedecked with flowers, both purchased at the Maui Mall shop. Today, each time I perform in local theater or my one-woman stage shows, my mother calls on Natalie for a bouquet of roses.

Asked what’s in store for the next twenty years, Natalie is reluctant to make predictions or commitments. “I take ten years at a time,” she smiles. 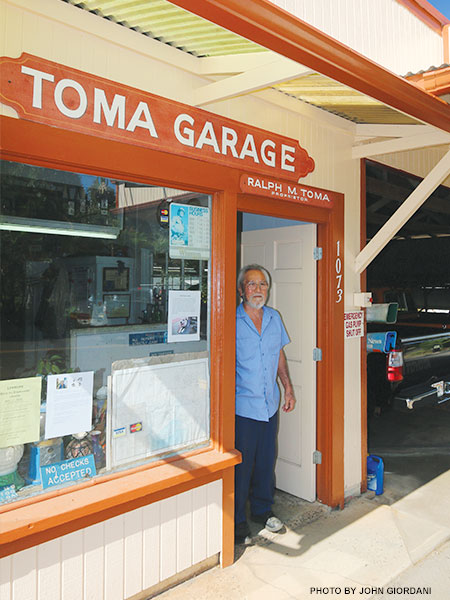 Remnants of the past seventy years sit in the window of Toma Garage: a dented tin canteen, a penny gumball dispenser, a little red toy truck. An auto mechanic for Libby’s Ha‘iku pineapple plantation, Masakichi Toma and his wife, Doris, opened the mom-and-pop gas station in 1948. In 1976, son Ralph, also a mechanic, returned to Maui after sixteen years on the mainland to manage the Ha‘iku landmark with his wife, Lenette. Their son, Daryl, joined the business in 1997 as auto technician. Father and son worked side by side for fifteen years, until Daryl’s untimely death at the age of forty-one. His face beams from a memorial poster near the counter.

My father’s parents lived a half mile up the road from Toma Garage, back when Mopua Street was called Chickenet Farm Road, named for a long-gone poultry farm. Their house was one of a few dozen that comprised the sprawling neighborhood, dominated by pineapple fields and thickly forested gulches. Masa and Doris probably served fewer customers in a week than Ralph sees in a day. During a recent visit, I counted five customers over the course of forty-five minutes, not including the two who were there when I pulled in.

In between fill-ups, Ralph marveled at how populated the rural area has become. “Used to be all fields over there,” he said, waving at the row of houses across the street. “Do you remember your grandfather? He was my luna [supervisor] when I was a teenager, picking pine in those fields. He was a nice man.” I do remember my grandfather, though he died when I was four. I also remember my father saying the same thing about Ralph’s father: he was a nice man.

Toma Garage no longer does auto repairs, but Ralph keeps the gas station pumping from 7 a.m. to 6 p.m., Monday through Saturday. As he points out, the growth of Ha‘iku has ensured a steady flow of patrons. In soft-spoken, measured words, he affirms that the family business will continue to serve the community for many years to come. 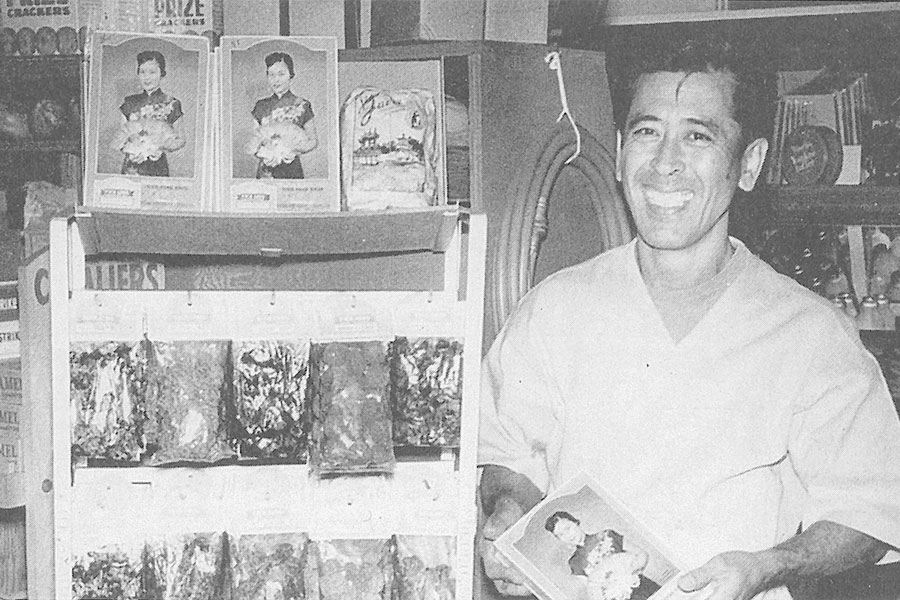 Takamiya Market was founded in 1946 by Jisho Takamiya, who, with his sons Jin and Kenneth and son-in-law Sekichi Sakihara, expanded a little fish market into a neighborhood grocery store. After Kenneth’s retirement in 1972, Jisho’s youngest son, James, became owner-manager of the market.

It was Jimmy’s idea to include prepared foods, packaged and ready to go, and to add a catering arm to the business. Decades later, it’s the takeout food that keeps customers swarming to the market, and Dani’s Catering (named for Jimmy’s youngest daughter, Danielle) has become the institution of choice for local parties and banquets. Another daughter, Michelle Hondo, has managed Dani’s for over twenty-five years; Jimmy’s son David is a butcher at the market, and nephew Lance (Jin’s son) is general manager.

Like Toma Garage, the “Little Giant of Happy Valley” has a loyal, local clientele that has grown along with the neighborhood itself. But Lance says it’s a constant challenge to keep up with changing tastes and trends, not to mention a growing list of competitors. “We used to be the only game in town; now, everybody’s doing Spam musubi and prepared foods. And the old-fashioned stuff, like turkey tails and tripe, not selling like they used to.” That’s why, both in the market and on Dani’s catering menu, you will now find a wider variety of offerings, including pasta dishes, salads and wraps.

Personally, I’m fine with the healthier selections, like tofu salad and veggie trays, as long as I can still count on Takamiya for my fried squid and pork rinds.