When I poke my head into the kitchen of the Sea House Restaurant on Nāpili Bay, it doesn’t take me long at all to spot Chef Alex Stanislaw—there’s his tousled white hair, his ever-present boyish grin, his calm-in-the-storm energy holding together a frenetic kitchen. He greets me from across the grill, in the midst of firing off dinner orders. It may be the middle of the week in the tourism off-season but Stanislaw’s bar and restaurant is filled with locals and visitors alike.

The crowd is not a surprise to me. Maui may have dozens of restaurants to choose from, but it’s the tried-and-true chefs—the old-timers—who manage to grow a following of guests that return time and time again. And Stanislaw is definitely one of those chefs. He’s been on Maui for four decades, since he moved to the island in 1980. He was a graduate of the Culinary Institute of America and, “It was the middle of the winter on the East Coast when I saw a posting for chef positions on Maui,” he recalls of the year he decided to embrace a credo then popular on t-shirts: Here Today, Gone To Maui. He weighed the freezing temperatures in New York against sunshine and tradewinds, called it “a no-brainer,” and moved to the island sight unseen. 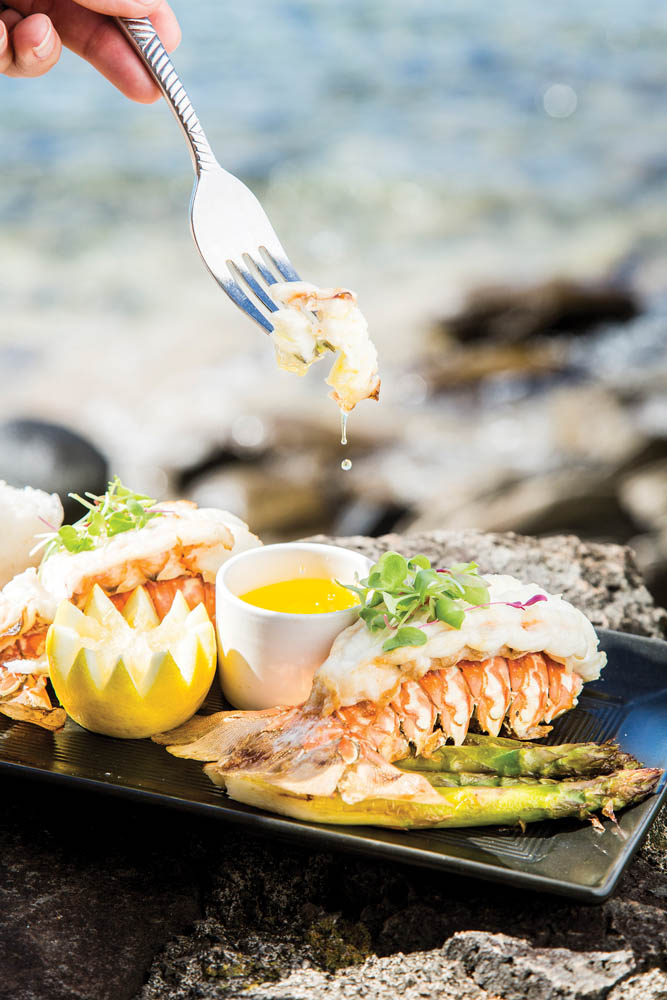 In the years since, Alex has turned curating a global dining menu into an adventure, pulling together ingredients in new and delicious ways to make dishes like hulihuli lamb chops in lemon wine sauce or crispy coconut shrimp with fruit salsa. And no matter the restaurant or the time of day, I’ve never seen Alex with anything less than a joyful demeanor. What makes him tick, I wonder? Managing a kitchen staff of twenty-five is no easy task. Perhaps, I muse, Alex brings to the job not just his skills from CIA but also his history as a film student at Syracuse University. As a director, he keeps everything on point and moving in service of his vision. As a producer, he creates food in a timely manner while meeting his budget. As a casting director, he hires competent and dedicated cooks to execute his menus. No matter what his secret, the bottom line is that he’s a happy man. I’m reminded of a conversation he and I had years ago; what touched me then was his willingness to grow with and share in the development of his culinary staff. One can sense this in his kitchen, where he and his capable staff function like a well-oiled machine from the beginning of happy hour through to the last dessert. More recently we’d sat down together when I’d stopped into the restaurant for breakfast and he’d said to me, “I’ve been at Sea House for four years now and I feel fortunate to work with professionals in the kitchen who truly care about food and who want to learn.” And the public has noticed: Sea House is a past winner of the ‘Aipono Restaurant Awards for Best Happy Hour and Best Oceanfront Dining, and in 2018 it took the silver award for Maui’s Restaurant of the Year.

Tonight at the Sea House, I’m dining with a large group. My friends order a plate of two Australian lobster tails with drawn butter; mahimahi crusted with macadamia nuts; and crunchy golden coconut shrimp. A waiter passes me carrying the seared catch of the day, which is served with cilantro couscous and avocado crema. It looks terrific and I make a mental note to try it on my next visit if it’s still on the menu. My own dish arrives: monchong cooked in a provençale style, enveloped in a fragrant sauce of simmered roasted bell peppers, herbs and white wine. We all tuck into our dinners, relishing the flavors and freshness, and I savor each bite. After dinner I find a quiet moment to thank the chef. “Life is good,” he says. He graciously commends the front-of-house staff as well as the kitchen crew. He takes in the view of the filled dining room and adds, “We’re so lucky to live in Hawai‘i. It’s always a wonderment to me that I live and work here.” When I praise him for the preparation of the monchong, he smiles. “If you’re happy in the kitchen,” he says, “guests taste it in their food.”

Method: Slice the blocks of fish into thin slices and place in a bowl; you should have eight to ten slices from each block. Cover the fish with the lime juice and a good sprinkling of Hawaiian salt. Toss gently and allow to marinate for no more than to sixty seconds. Once the fish has marinated, it will become opaque on the surface. Remove the fish from the lime juice and array it on serving plates (at least six slices per plate, more if you’re like me). Drizzle the fish with your best extra virgin olive oil. Garnish with the jalapeno, cilantro leaves and a sprinkling of shichimi togorashi or Aleppo pepper on and around the fish. Grab some chopsticks and enjoy!