Both Holt and composer/musician Keali‘i Reichel say that place names anchor humans to those locations and the elements. The people of old used the names to record their intimate knowledge of the land’s weather and topography, of famous events, beloved ancestors, important chiefs, and the doings of the gods. Combine this with a belief that words themselves have power; that Hawaiian is a subtle, complex, and poetic language; and place names become a significant factor in the culture. In this multilayered language, some names are complicated by one or more kaona, a hidden or double meaning.

With western contact, knowledge of the Hawaiian language and culture began to disappear, and today many of the ancient names for hills, valleys, ridges, beaches, springs, streams and land divisions have been forgotten. Others are remembered, but not their locations. Where, for instance, is the famous Lahaina surf break of ‘Uo? “We don’t know,” says Holt.

Not all are lost, however, and more names are being restored as scholars delve into nineteenth-century Hawaiian-language newspapers, whose printed chants and stories form a database of a million-plus pages that scholars have only just begun to penetrate. Chants are especially important, says Reichel: “If you see something in a chant, I would take that as gold.”

One hot topic is the use of “Mauna Kahālāwai” to refer to what is commonly called the West Maui Mountains. (The plural is a misnomer; this geological feature is a single, extinct volcano carved into deep valleys over millennia by wind and rain.) The chief source for the Hawaiian name is the late Inez Ashdown, who valued the indigenous culture when few non-Hawaiians did. Ashdown collected place names for her articles and books, and worked as a historian for Maui County. Now, with more knowledge and resources available, scholars question many of Ashdown’s statements, and that includes calling the mountain Mauna Kahālāwai. 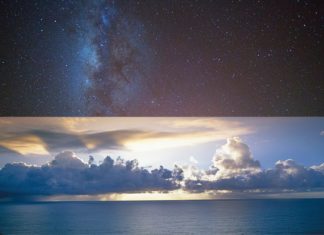