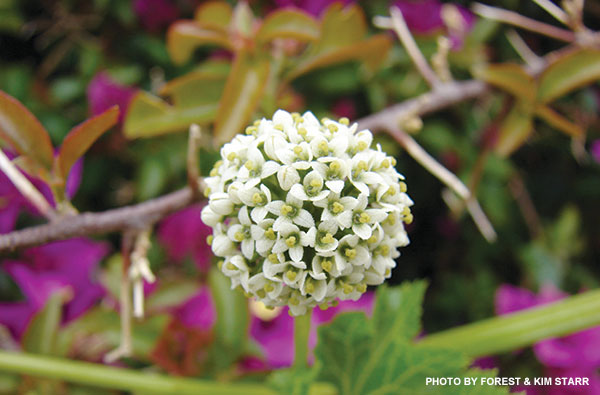 Winter is a time of renewal in Hawai‘i. Nobody hibernates. Island trees don’t drop their leaves; they flush with new growth. Ho‘oilo, the Hawaiian word for winter, also means “to germinate or sprout.” As seasonal rains begin to fall, seedlings emerge. Hillsides turn green.

After a drenching, native Hawaiian dryland forest species appear like magic along roadsides and in gulches. ‘Anunu vines, endemic creepers in the cucumber family, seem to sprout from thin air, blanketing the landscape with masses of maple-like leaves. Spindly ‘ilima shrubs grow fat and full and their silver leaves turn pale green. Pua kala, the angelic white Hawaiian poppies, decorate cracked lava plains with crepe-paper blossoms. Almost overnight, a tiny endemic fern shaped like a four-leaf clover springs to life at the edge of ephemeral pools. But you’ll have to travel to O‘ahu to see this rare gem: ‘ihi‘ihilauakea grows only in a few spots, including the crater at Koko Head that bears its name.

All this fecundity makes winter a prime time to celebrate Lono, god of agriculture. Hawaiians honor him during a four-month-long celebration called Makahiki. The festivities begin with the first sighting of Makali‘i, the glittering constellation known as the Pleiades in the West. Sometime between late October and early November, the cluster of stars appears on the horizon just after sundown. In days past, this signaled a time of recreation and rest. Activities associated with the god Ku — such as deep-sea fishing and warfare — were forbidden. Ali‘i (chiefs) traveled throughout the Islands, collecting tributes and joining maka‘ainana (commoners) in feasts, games, athletic competitions, and displays of oratory skill.

Keep an eye out for Makali‘i. When you see it rising, you’ll know the time is ripe to dance in the warm winter rain. 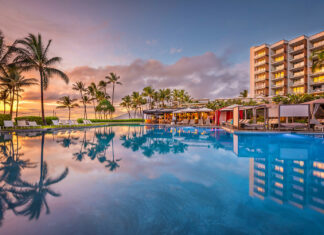