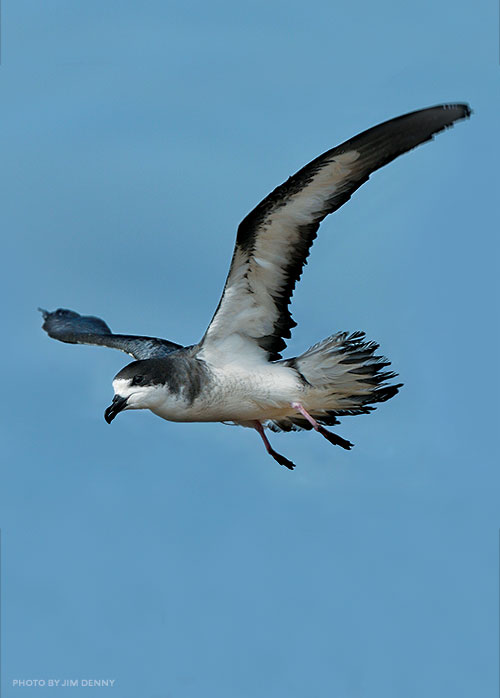 It’s springtime, which means the night sky above Haleakalā is filled with wondrous sounds. Hawaiian petrels, or ‘ua‘u, return after many months, sometimes years, at sea to their underground nests atop Maui’s 10,023-foot-tall volcano. As the slate-grey seabirds fly home, they sing, chirp, and yap like excited puppies. These long-distance fliers once ruled the islands from shore to summit. Petrels were likely the archipelago’s most numerous avian species. Their nutrient-rich droppings helped build Hawaiian forests.

The massive seabird colonies of Hawai‘i’s past disappeared with the arrival of humans. Introduced cats, rats, and mongooses zeroed in on petrel burrows and preyed on chicks and eggs. Now ‘ua‘u mainly nest on Haleakalā’s frigid summit, where their tunnels into the cinderscape are monitored by National Park staff. A second large petrel colony exists on Lāna‘i and possibly another on West Maui.

Early Hawaiians named the birds after their call, the signature “ooo-ahhh-ooo” sung while heading home to feed their chicks regurgitated squid. In fact, ‘ua‘u have a diverse repertoire of chitters and squeaks. “One night on Lāna‘i I made a list of seventeen different sounds the birds were making as they flew at high speed over the breeding colony,” says Jay Penniman, Maui Nui Seabird Recovery Project manager. He and his team survey native seabird populations and restore nesting habitat. They were the first to discover a large colony of ‘ua‘u on Lāna‘i. The nighttime music tipped them off.

Penniman’s team also responds to reports of grounded or injured petrels. The birds primarily feed at night on bioluminescent jelly-fish and squid. Penniman theorizes that inexperienced fledglings mistake bluish electric lights on land for their favorite snacks. Disoriented birds circle the lights until dropping of exhaustion. Light pollution is an under-acknowledged health concern—both for wildlife and humans. Do yourself a favor: get away from the city lights. Visit Haleakalā after sundown. Tilt your head up to the dark, velvet sky and delight in the starlight and the seabirds’ serenade.