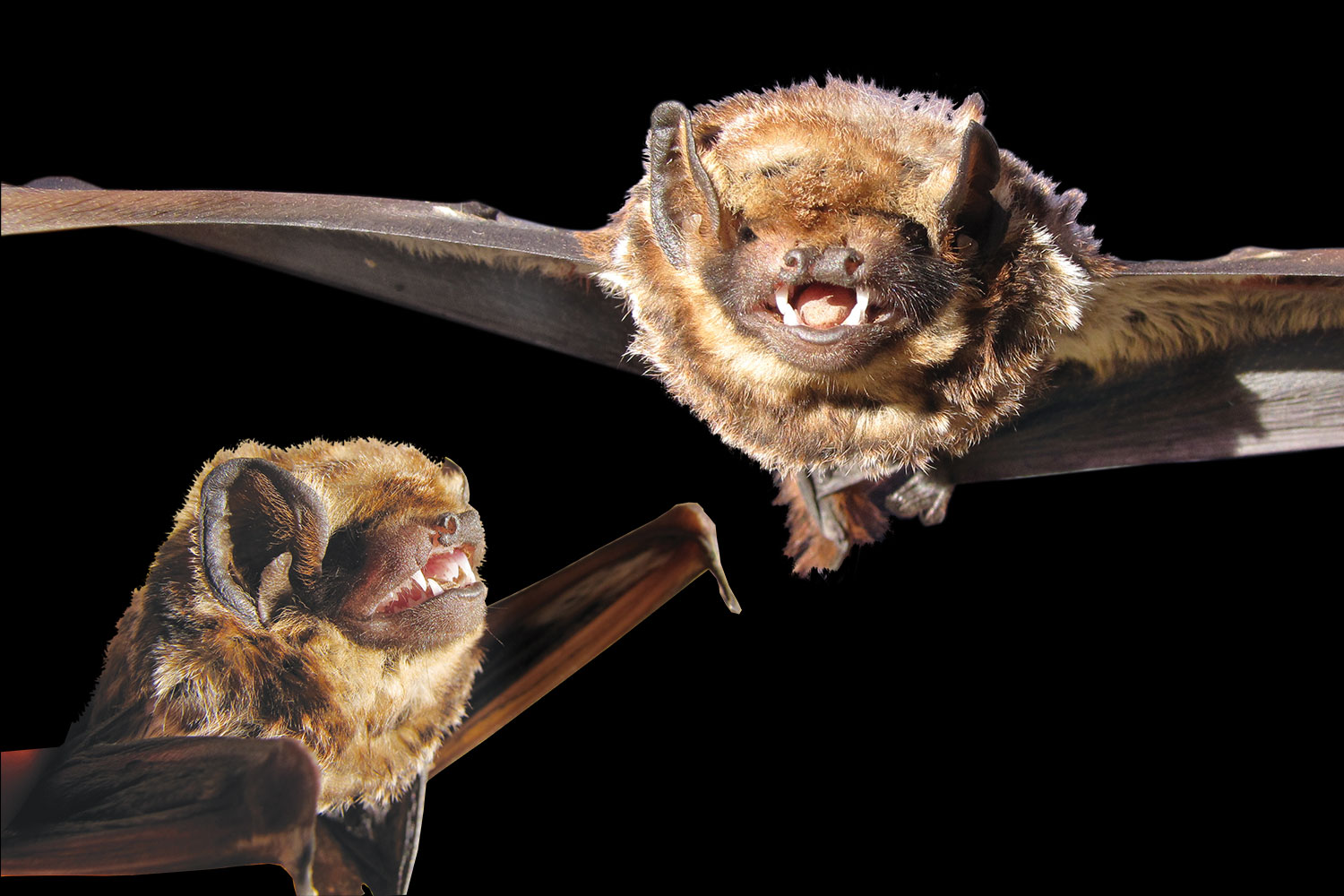 Listen closely in any forest on Maui and you may hear an ‘ōpe‘ape‘a, a Hawaiian hoary bat, vocalizing in the night. These nocturnal, tree-dwelling creatures are the only endemic terrestrial mammal in Hawai‘i, and even though they’re found on all the major islands, they are considered endangered.

Hoary bats arrived in the Hawaiian archipelago about 10,000 years ago, and likely had a little help making the trans-Pacific trek. “Bats climb to very high altitudes while feeding,” says Jeff Bagshaw, communications and outreach specialist with the Department of Land and Natural Resources’ Division of Forestry and Wildlife. “A few may have gotten caught in a big storm system that gave them quite a ride across the sea.”

The ‘ō‘pe‘ape‘a is covered in dense, reddish-brown fur with silvery frosted tips. Its pelt thrusts forward like a pompadour over its cute(ish), mousy face, but when it opens its mouth, all semblance of cute dissipates in a grimace of sharp, pointed teeth. Fortunately, hoary bats are insectivores, and only use those teeth to snag bugs on the fly while hunting from dusk to dawn.

Females give birth while hanging upside down, and mom carries the pups piggyback until they’re nearly grown. “As adults, however, ‘ō‘pe‘ape‘a are loners, which makes it extremely difficult to determine population sizes and locations,” says Bagshaw.

Though the tropics offer bat-friendly foliage and insects aplenty, ‘ō‘pe‘ape‘a have a number of predators, including pueo (Hawaiian short-eared owls), ‘io (Hawaiian hawks), mongooses, rats and feral cats. They also suffer from habitat loss, collisions with wind turbines, snags on barbed wire, and insecticides, which decimate their food source.

Help preserve ‘ōpe‘ape‘a by planting flowering foliage to attract insects, and avoid the use of harmful pesticides. Keep old-growth trees rather than cutting them down, replace barbed wire with smooth, and forego the use of “bat houses,” which often attract rats rather than the intended occupants.