The Polynesian star compass divides the 360-degree horizon into four houses that align with the cardinal directions, and divides each house into eight sections, thirty-two divisions in all. As stars rise throughout the night, they are fixed in relation to one of the compass houses or points, and in this way, the navigator sets a track as accurate as can be. For celestial navigator Chad Kalepa Baybayan, the star compass is not an external apparatus, but an internalized environment that extends in every direction, with the canoe in the middle. He says, “Nainoa [Thompson] taught me this metaphor of the bird and the canoe. He cut out a paper canoe and bird and put the bird on the table and spun it around. Birds are never lost at sea; they have an internal compass. If the head of the bird points in one direction, the tail [points to] the opposite. Same with each wing. The bird doesn’t have to see what’s in front of him if he knows what’s behind him. Nainoa put the canoe on the table and said, ‘The canoe and the bird are the same thing.’” 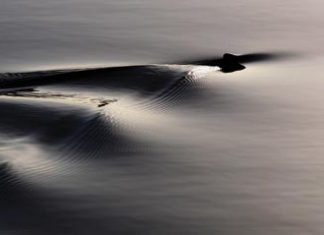 By reviving ancient Hawaiian practices, modern conservationists hope to save the forests and the seas of the future.