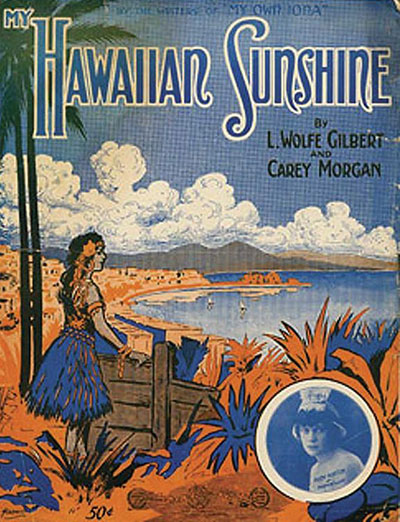 Hula maidens, rolling surf and “the perfume of a million flowers”—it’s an image familiar to those for whom the Islands are a faraway dream, an image often based on the music known as hapa haole.

Hapa haole (half foreign) music usually has English lyrics with a sprinkling of Hawaiian words. Born in the early 1900s, when use of the Hawaiian language was discouraged, hapa haole music evolved over the decades to match whatever song style was popular at the time, from ragtime to rap.

The genre hit Broadway in 1912 in a play called Bird of Paradise. Soon, the whole country was swaying to hapa haole tunes, some with made-up “Hawaiian” words by Tin Pan Alley songwriters. Hawai‘i-based writers drew on their love of the Islands to produce songs of lasting beauty (“Haole Hula,” “Waikiki,” “Lovely Hula Hands”) that were featured in Waikiki showrooms and on the famous radio show Hawai‘i Calls.

After the Hawaiian Renaissance of the 1970s brought the language back to life, many viewed hapa haole music as inauthentic, a tool of the tourism industry. But hapa haole music has experienced its own revival and today is recognized for allowing Hawai‘i’s music and composers to flourish even when the language seemed lost.