By age twelve, Gordean was performing at Waikīkī hotspot Don the Beachcomber, a gig that required the fresh-faced dancer to secure permission from the local liquor commissioner. Her youth was balanced by her professionalism, and at seventeen she became the soloist in the Monarch Room at The Royal Hawaiian Hotel. Back then, the lavish beachfront “Pink Palace” was stomping grounds for actual royals, Hollywood elite, and those with a hefty enough bankroll — the Monarch Room was the venue’s crown jewel.

Gordean was handpicked for the role by the hotel’s entertainment director, Ray Kinney, a Hawai‘i-born musician and singer who had appeared on Broadway and performed in the Hawaiian Room at New York’s famed Hotel Lexington.

Fellow entertainer Iwalani Stone Kamahele recalls their time at the Monarch Room as an “extraordinary” experience. “Our life was simple until we went to work — then it was like we were in a fairy tale six nights a week,” she says. “[Gordean] had this incredible style that was so natural when she was up there dancing. Her face would just light up and you couldn’t help but be drawn to her.”

Says fellow Monarch Room entertainer Danny “Kaniela” Kaleikini, “When she danced, she had the real Hawaiian motions. That ‘uehe [hula step] and her sway — it was like watching a coconut tree in the trade wind.” 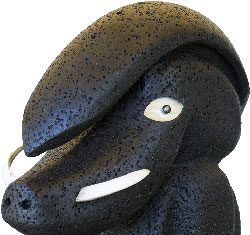 You and I are older than the stones along the Puna shoreline. These stones started just a few years ago as gobs of lava from Pele’s current eruption, gobs that dripped into the sea only to be tumbled and polished then lobbed back onto the shore.