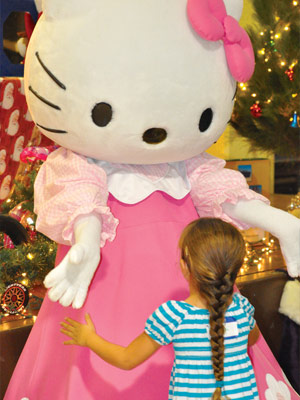 Maui may be thousands of miles from the North Pole, but that doesn’t stop Santa’s elves from setting up shop here every year.

You won’t find this particular elfin crew sawing, gluing or painting toys on a workshop assembly line. Instead, since September, Imua’s staff and community volunteers have been hard at work collecting, sorting and tagging gifts for the more-than-1,000 children who will attend Imua’s annual keiki (children’s) holiday party. The piles of donated toys stacked floor-to-ceiling in the organization’s spacious conference room must be examined meticulously and matched to the individual child, based on his or her specific physical, sensory or developmental needs. “In some cases,” says Dean Wong, Imua’s executive director, “it’s the only toy a child will receive during the holiday season, so we work hard to make it a success.

Siblings of Imua’s young clients are also invited to the party, and they receive toys, as well. “Christmas is a holiday for family, ‘ohana,” Wong says. “No one is left behind.”

The party takes place the second week of December with all the trimmings of a holiday feast: a banquet of food, prizes, games, live entertainment — topped off with the arrival of Santa and Mrs. Claus, accompanied by Hawai‘i’s favorite feline, Hello Kitty. One by one, Santa calls the children’s names, settles them onto his lap, and reaches into his bag to hand them their personalized toy.

Vanessa Cerrito has witnessed the joy the children experience firsthand. Her four-year-old son, Ezra, attended Imua’s keiki party two years ago. For her, the real magic didn’t come from the toy he received from Santa that day.

“I felt at ease because I could let my son run around and have the best time and that the party was full of families just like ours,” recalls Cerrito. “There was no awkward explaining about my son when it came time to sit on Santa’s lap and there was an overwhelming sense of acceptance.”

Wong says he looks forward to the party all year. And he’s not alone. Since 1950, when Imua held its first keiki holiday party for four children, the event has become an annual tradition that captures the spirit of the season — and inspires it in others. Local businesses and community partners, including other nonprofits, collaborate with Imua to make the party a success.

“From start to finish, it really is all about family,” says Wong.

Portal in a Pineapple Field 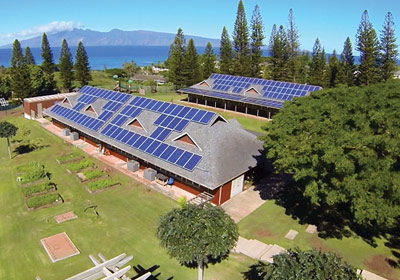 There were 17 students in grades six through eight when Maui Preparatory opened in 2005 in the former Kapalua Bay Hotel. Five years later, enrollment had ballooned to more than 180 students in pre-kindergarten through twelfth grade, and a new campus was evolving on land donated by Maui Land & Pineapple Company.

“There was a strong demand in the community to make it pre-K all the way through high school,” says Mary Anne Fitch. The West Maui realtor was one of a handful of founding board members who guaranteed the $4 million loan that launched Maui Preparatory; she continues to donate a portion of every real estate commission to the school. “Although I’m not a parent, I realized this would be critical for West Maui’s future,” she says. 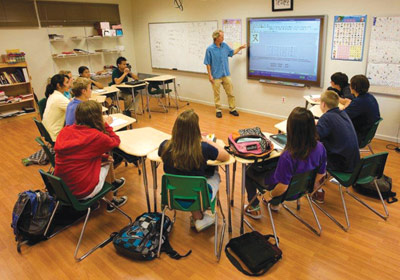 Today, enrollment is approaching 200, and the school has plans to launch a boarding program.

The small enrollment results in hands-on teaching and personalized attention, says Fitch. The teachers are “passionate, very committed.” Most have advanced degrees.

While its college matriculation rate is over 90 percent, “We don’t want to be about grades, grades, grades,” says Board President Dean Otto. “We’re good at drawing out the talent in our kids. They’ll give you a firm handshake, look you in the eye, have an interesting conversation.”

Indeed, Maui Prep emphasizes “educating the whole child.” For Fitch, this means “educating the mind, building the athletic side, broadening personal relationships. It is developing the person as a contributing partner with students of all ages.”

The school’s mascot — the pueo, or Hawaiian owl — embodies Maui Prep’s aspirations and identity. Older students become mentors for younger ones. Nearby land and sea resources provide science projects. Extracurricular activities fill niches. The Pueos compete in a variety of interscholastic sports. Band members show up at 7 each morning to practice.

“We’re preparing kids for college anywhere,” says Dr. Jonathan Silver, who became head of school in 2013. “We want to make sure our students are successful in whatever they choose to pursue. Schools like ours become portals, a way our kids connect with Maui and the world beyond.

“We have forty-eight new kids this year,” the veteran prep-school administrator adds. “We’re attracting new families, new businesses. It’s part of what a community revolves around.”

For information on the Academy’s curriculum, admissions and more, call (808) 665-9966 or visit www.mauiprep.org.

Assistance Dogs of Hawai‘i open doors for those in need. 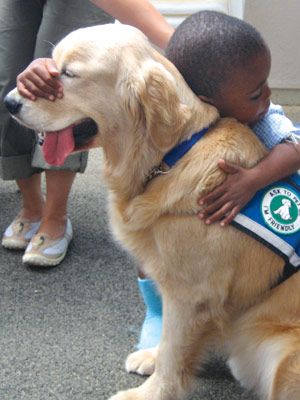 “When we started, I thought maybe I’d train one dog a year,” says Mo Maurer, executive director of Assistance Dogs of Hawai‘i. Some 200 dogs and a dedicated three-acre facility Upcountry have proved her expectations wrong. “People really wanted this to happen.”

Mo and husband Will, president and designated “chief pooper scooper,” are the brains, heart and soul behind this canine-centered endeavor. In 2000, forsaking careers in engineering and accounting, Will and Mo launched the nonprofit Hawai‘i Canines for Independence — now Assistance Dogs of Hawai‘i — to provide service dogs for people with disabilities.

Their success has been phenomenal.

“About 70 percent of the puppies we start in the training program graduate and are placed where they make a difference,” says Mo. The industry average is less than 30 percent. “We are very selective. We look all over the world to find the puppies, and tailor the training for each puppy — and client.”

Among their four-legged graduates are hospital-facility dogs like Tucker; placed at Kapiolani Medical Center on O‘ahu, he cuddles on command. Sadie, a courthouse dog, helps children who are victims of crime find their voice. Therapy dogs brighten long days at local nursing homes; some visit every week with veterans with disabilities. There’s also a workplace-readiness program that gives special-needs high school students the chance to work with the dogs and gain experience that will help them find jobs after graduation. 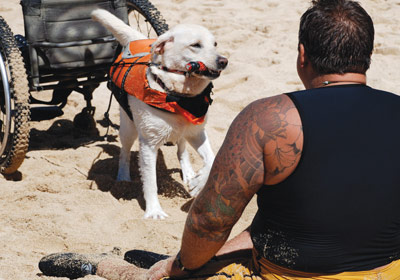 After one-and-a-half to two years of training, a dog knows more than ninety commands. As the pups near graduation, Mo works to find the right match for each animal. “We’ll look at everybody on the waiting list. It doesn’t matter if they’ve been on the list the longest or they applied last week. It’s whoever would be the best match for that particular dog.” In thirteen years, they’ve never had a team that didn’t work.

Kammy Fowler of Pukalani found her perfect match with Murphy, a Labrador retriever.  Fowler was a lifelong hula dancer, but a medical condition left her unstable on her feet. Fowler says Mo is a master at choosing the right dog. But like any successful relationship, it takes commitment and work. Fowler had to attend a three-week training session with Murphy and take written and practical exams every day. The dogs and humans learn to work together, including new commands specific to each person’s needs. Murphy opens doors, picks up dropped items, presses elevator buttons and helps fetch or remove Fowler’s shoes.

The caregiving is mutual. Mo teaches clients about canine cognition, emotion and body language, and how to prevent the dogs from being stressed or too tired. “We ‘get’ each other,” Fowler says of Murphy, who’s been with her more than two years. “We have a similar sense of humor and personality.” With help from the organization, Fowler installed a treadmill in her home and trained Murphy to use it so he gets exercise. Plus, he likes to surf with her daughter or friend. “When it comes to the ocean, that’s his time,” she says.

The Maurers stay in touch with follow-up visits — for life. Other than fees to cover the costs of the three-week training session, their services, and the dogs themselves, are free.

“All this training, all this care, and then they give you this beautiful animal,” says Fowler. “It’s like you won the lottery.”

For more information, or to apply for a service dog, call (808) 298-0167 or visit www.assistancedogshawaii.org.