Recently, I was tickled to learn about a new dwarf planet that astronomers had discovered and named Haumea, after the Hawaiian goddess of fertility and childbirth. Actually, the old girl had made her presence known four years earlier, but it was just this September that the International Astronomical Union—which is apparently in charge of such things—officially bestowed the name. Take that, Pluto, you demoted god of death and the underworld! There’s a new gal in town, and she’s all about life and creativity.

Haumea was discovered at Mauna Kea Observatory on the Big Island, which surely had something to do with her being given a Hawaiian name. And while no one has laid eyes on her yet, the light curves she’s been throwing indicate an elongated, egg-shaped body—the  perfect stature for a fertility goddess.

Haumea was one of several reminders I’ve had lately of the deep connections between Hawaiians and the heavens. Around the time the guys at the IAU were preparing their announcements about Haumea, my husband was trusting his life to his friend, Hawaiian cultural practitioner Kimokeo Kapahulehua. For six years, they and fellow paddler Chris Luedi have been part of a quest to connect the entire Hawaiian Archipelago, all 1,650 miles, by outrigger canoe. That’s a metaphorical equivalent to the distance from our solar system’s big, populated planets to tiny, remote Haumea. Kimokeo, Chris, Jamie and the fifteen other paddlers who participated in the voyage to Kure Atoll did so by following the path and revering the practices of the ancestors, na mokupuni na kupuna. Theirs was a voyage to connect the present to the past, and bring it into the future—perhaps someday all the way to Haumea.

You’ll find Jamie’s first-hand account of that journey in this issue, along with Shannon Wianecki’s thoughtful and revelatory exploration of the Kumulipo, the Hawaiian creation chant, which     predated, and predicted, the theories of Darwin and Einstein.

It’s been tempting to contemplate such cosmic concepts these days, as we struggle with a downward-sliding economy and the conclusion of a long and difficult presidential campaign. How much better to focus on the big picture: the vast ocean in which even modern-day paddlers can test their mettle; the reassurance of celestial orbits that keep us circling in peaceful coexistence with our fellow planets around this life-giving sun.

And then something happens that pulls you back to what matters most. For a week, as we were preparing to get this magazine off to press, Kimokeo lay in the hospital in a medically induced coma, while doctors tried to discover the problem and establish a cure. For days, as far-flung family rushed to his side, it was touch and go. The man who had led a voyage unmatched in modern times was in peril for his life—not in the vast, indifferent ocean, but in a hospital bed, surrounded by those who love him, and their prayers.

I am relieved and enormously happy to report that Kimokeo survived. As I write, he is recovering, though it will be a long road. The quest to circumnavigate the archipelago has ended, but Kimokeo’s journey continues.

As we approach the holidays, it’s this I am most grateful for: that despite the problems we each face, great and small, life tenaciously continues, demanding we participate in the journey; offering, if we are very lucky, teammates we can count on when the seas get rough.

May your own canoe—and your holidays—be filled with love, laughter, and the warmth of wonderful friends.

Eat, drink, celebrate, and be good to each other. 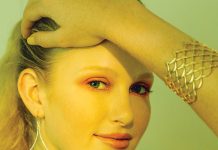 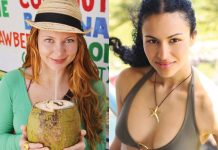 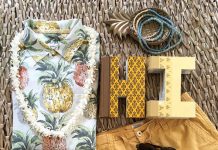 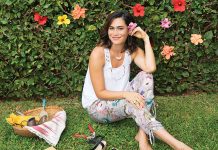