“Fool me once, shame on you. Fool me twice, I slap yo’ head.” — ancient tita proverb

Sorry for pull da atta-tita-tude, but April Fool’s Day comin’ up fas’, an’ I no like nobody make one fool outta me. I no need help fo’ do dat. 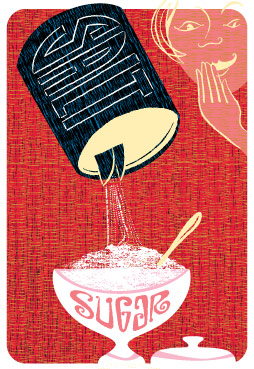 I notice da guys on da ray-djo, they like da kine April Fool’s pranks. Last year, one DJ on da Big Island wen’ make plenny humbug fo’ da cops when he wen’ announce dat Saddle Road was closed ‘cause of one lava flow. Da police an’ Civil Defense had to go make their own announcements fo’ calm ev’rybody down.

See, ovah heah, you not s’pose to make jokes about natchroh disastahs. Too much people remembah da 1946 April Fool’s Day tsunami, even us guys who no was born yet. I wen’ learn about ‘em from my fam’ly an’ from school. Da waves wen’ come aftah one humongous eart’quake in da Aleutian Islands, an’ ovah heah, nevah have no warning. Even when people seen da firs’ wave come in, and they wen’ try fo’ spread da word, ev’rybody thought was one April Fool’s joke.

My maddah nevah have one ray-djo show, but she was one prankstah, too. I nevah goin’ fo’get da April Fool’s breakfast she wen’ make fo’ me when I was maybe seven, eight years old. Da orange juice was colored watah, and had salt in da sugar bowl fo’ put on top my oatmeal. An’ when I wen’ tap my hard-boiled egg on top da table fo’ crack ‘em, da bugga was raw. I was so frustrated, I wen’ start fo’ cry. My maddah had tears in her eyes, too, ‘cause she was laughin’ so hard. But no worry, aftah she wen’ clean up da mess, she wen’ make pancakes, my favorite. Real kine, wit’ plenny Log Cabin syrup.

So now you know why I get kinda cranky on April Fool’s Day. No mattah how hard I try, I no can come up wit’ pranks as good as my maddah’s. Hmm. I t’ink I goin’ invite some friends ovah fo’ one April Fool’s breakfast. You like come? 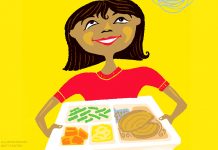 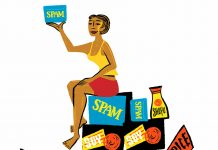 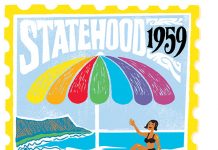 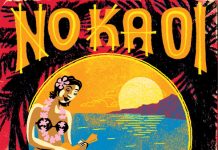 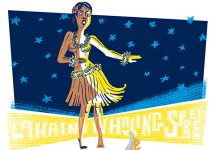