If humanity has a common denominator, it’s the fact that we all need food to survive. Yet food is also central to cultural identity. How food is grown, prepared, and used is arguably as important in defining a culture as lineage, language and lore. That’s a lesson three Maui County residents have worked to impart—keeping traditional knowledge alive to sustain the body while feeding cultural soul.

Following in the Footsteps

They say that even the longest journey begins with a single step. Hōkūao Pellegrino took that step in 2003, when he found wild kalo growing in Waikapū Valley.

To Hawaiians, kalo is more than a staple food; it’s a sacred crop, considered the elder sibling of mankind. Hawaiian legend tells of Hāloa, a stillborn child conceived by Ho‘ohokukalani and the Sky Father, Wākea. From Hāloa’s grave a kalo plant grew, nourishing a second child to whom all Hawaiians trace their roots. 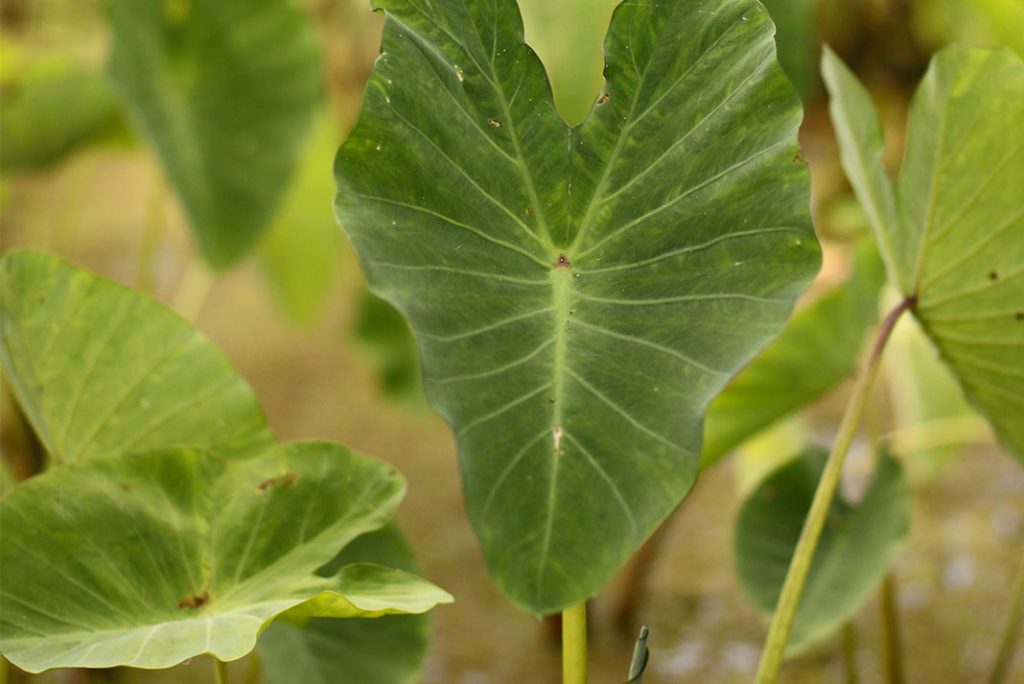 Growing up here along Waikapū Stream, Pellegrino would often explore the land behind his house, and pass by walls of lo‘i kalo (taro fields) that had been abandoned and forgotten. On one of those trips he found two varieties growing wild up in the valley, and brought them home to see if they’d grow.

Fast forward nearly thirteen years. Forty-five different varieties now thrive at Noho‘ana Farm, a two-and-a-half-acre, stream-front property his family has owned since 1848. Kalo was grown here until the 1940s, but when the family moved away for a time, the fields succumbed to weeds. Today Pellegrino is restoring those lo‘i, using the same pōhaku (stones) the walls were built with 400 to 500 hundred years ago.

Though his land is in cultivation again, Pellegrino believes his responsibility extends beyond providing the community with poi. It is also e ola ka mahi ‘ai ku‘una—“keeping the culture alive in agriculture.”

Each year he hosts more than 1,000 young people, from preschoolers to graduate students. “At the beginning,” he says, “my purpose was to reengage students in agriculture. Now it’s getting them to appreciate the land, whether they become farmers or not.”

Farming can be hard work, but Pellegrino believes that establishing a deep sense of culture and connection is the key to keeping the next generation engaged—so that weeding the lo‘i isn’t seen as punishment, but as reward.

“We don’t just share the mo‘olelo [stories] of our ancestors regarding Hāloa,” he says. “We take them [into] the lo‘i, work with the kalo, and prepare the food that has sustained us. It’s then that students can really understand the reasoning that Hāloanakalaukapalili, our elder brother, gave up his life to provide us with one of the world’s healthiest crops. 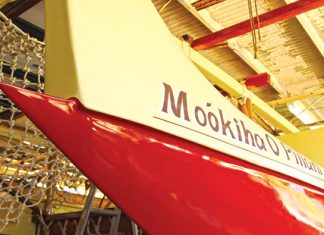 Seventeen years in the making, the Hawaiian modern day voyaging canoe Mo‘okiha O Piilani will set sail on December 21 during the winter solstice.