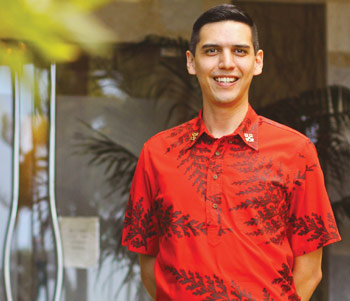 When a guest from Miami needed help arranging his marriage proposal, he knew exactly who to turn to: Shermaine Rodrigues, concierge manager at the Four Seasons Resort Maui at Wailea. Rodrigues pulled a few strings, called in some favors, and a few days later, the man and his girlfriend were aboard a private helicopter hovering over Honomanu Bay on Maui’s east end. Written across the black-sand beach in painted white coconuts were the words “Will You Marry Me Natalie.” (She said yes.)

Reminders of their romance filled their day. Songs the concierge staff had selected for the couple flowed through the cockpit, and a picnic basket was filled with treats the two had eaten on their first date.

Concierges at the Four Seasons at Wailea have entertained requests ranging from the challenging to the downright impossible — from the guest who wanted tickets to a sold-out show, to another asking that they stop the rain. The challenging, at least, Rodrigues says they can handle.

“Maui is a small island. There’s always someone willing to give up their ticket for a little extra money,” she says.

Since Mother Nature is not on Rodrigues’s contact list, she offered the sun-seeking guest an itinerary of rainy-day activities.

Four Seasons concierges are not only resourceful, they’re certifiably the best on the island. Rodrigues is one of four at the resort — and on all of Maui — welcomed into the prestigious Clefs d’Or (“Golden Keys”), the international organization for hotel concierges. Members must be nominated and pass rigorous tests before they may adorn their lapel with a set of golden keys.

That includes stepping in during a crisis. When a guest’s son was seriously injured while surfing, the family vacation turned into several weeks of doctor’s visits and surgeries at Maui Memorial Medical Center.

“We took care of the details, like extending the car rental and writing get-well cards. But it became a resortwide effort,” Wilhelm says.

Housekeeping staff delivered homemade food to the family at the hospital. The hotel’s restaurants provided meals at no charge. Security created an online support page.

Concierges take on a host of missions improbable: meeting a boat in mid-ocean to deliver scuba gear to a guest who wasn’t happy with the equipment onboard; hiring personal bodyguards; and tracking down an exotic car on O‘ahu for a guest who couldn’t find the one he wanted on Maui.

When a woman wanted the same carrot cake she had had at her wedding at the Four Seasons a decade earlier, Rodrigues called on the pastry staff for help. Using old wedding photos, they were able to recreate the original cake and ship it to Beverly Hills in time for her tenth anniversary.

“Just because someone checks out,” says Rodrigues, “they don’t stop being our guests.”