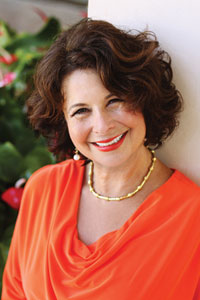 By the time you read this I will be sixty-five. No kidding.

When I turned sixty years old, it was a big deal. It was exciting. I felt as if I were embarking on a great new adventure. Just before my launch into becoming a sexagenarian (gotta love that word), I recall researching the meaning of turning sixty. I found a wealth of literature. In Eastern cultures, sixty years of age is the completion of the astrological rotation — as we return to the sign under which we were born, life comes full circle. Some say it is the second childhood; the Chinese welcome a rebirth; others celebrate sixty as the beginning of the age of wisdom.

But what about sixty-five? Zero. Nada. Zilch. I scoured the Internet and asked Google for words of wisdom on turning sixty-five. I found a how-to source for “interviewing an old person.” That, and Medicare. Medicare is ubiquitous — it fills my mailbox, floods my email, and I’m even getting texts from my HMO with seductive invitations to join . . . or die.

I understand why sixty-five is so much older than sixty. I do. Turning sixty is just a tiny footstep from fifty-nine. At sixty, you are just dipping your big toe into the game of aging, still the youngest kid in Club Sexagenarian, so to speak. And you look great (for sixty.) Everyone says so.

But then, something goes terribly wrong. A small but discernable tire seems to lodge itself securely around ones’ midsection. It inflates and deflates a bit with exercise and diet, but like some sort of life-alert device, it’s always there. And it weighs exactly five pounds.

Because of the tire I cannot button the jeans I wore to my sixtieth birthday party. I know that because I tried last night. I’ve found it possible to add to the five pounds (the tire is certainly inflatable), but one cannot lose the five pounds. Keep the pounds or the world will implode. Every woman over sixty knows this — heroically, we are doing our best to preserve life on Earth as we know it.

That’s a good thing, because there is still a lotta livin’ to do. And believe me, we of a certain age know how, even if Google hasn’t caught on quite yet. And summer is the perfect time to do it.

So grab that inflatable tire (innerwear or outer), and hit the beach with Maui No Ka ‘Oi. In this, our Best Beaches issue, we asked you to tell us your favorites, helping us whittle down the top picks in four categories: finest spot for people watching, most romantic setting, best facilities, and where to paddle out if you’re just learning to surf. Let’s do it.

And don’t forget the beer. Dry off and head inland to Maui Brewing Company, a local business that has put our island on the craft brewery map. Take the tour with Dining Editor Becky Speere through the $18 million facility, equip with a state-of-the-art brewhaus and tasting room with thirty-two beers on tap.

This issue is filled with adventures for lovers of the outdoors young or old. Whether it’s releasing your inner child along an eighty-acre mountain biking playground, exploring our forests while searching for a mythical singing snail, or booking a table at some of the most picturesque spots on Maui, you’ll find out where and how in these pages.

No matter what your age (or mine), there is a beautiful new adventure awaiting you under the Maui sun. Get to the beach with someone you love and flaunt your stuff — the water is fine! (Flotation devices welcome.)

Mahalo, Maui, for opening your arms and allowing me to make my home in your warmth and aloha for the past forty-one years. Looking forward to a few more wonder-filled decades in your embrace.