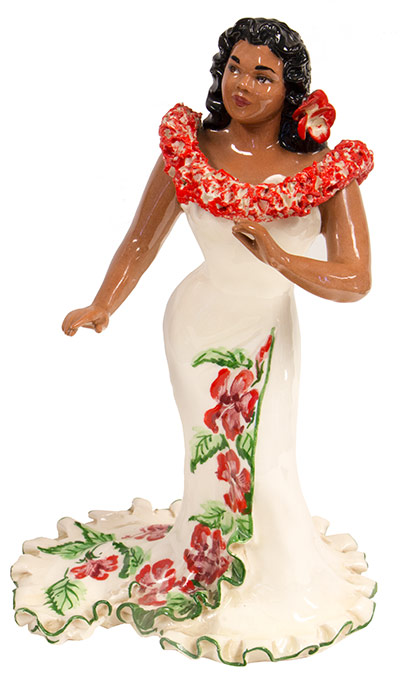 The most famous movie Tarzan was an Austrian-American swimmer named Johnny Weissmuller who had beat Duke Kahanamoku, the Hawaiian beach boy, in the 100-meter freestyle at the 1924 Olympics. Johnny played Tarzan in twelve films starting in 1932. That was the year for the film Bird of Paradise, in which the muscular sailor Joel McCrae captures and kisses (a lot) a hula girl (Mexican actress Delores del Rio), then runs afoul of a volcano. Something surprisingly similar happened that year in a cartoon called “Betty Boop’s Bamboo Isle,” except the music is a lot better in the cartoon — steel-guitar genius Sol Ho‘opi‘i.

In fact, the thirties were a great time for going native. Fay Wray was hoisted in the paw of King Kong in 1933. Doris Duke, the real-life heiress, built her favored home, Shangri La, on the east side of Diamond Head in 1936, then befriended the many handsome Kahanamoku beach-boy brothers.

Lord knows how many contemporary Janes arrive in Hawai‘i every week now, accompanied by their would-be Tarzans. And how many kids in 1960s Chicago watched TV’s Adventures in Paradise (starring the handsome Gardner McKay) and now find themselves living in Hawai‘i?

The word “Paradise” is the problem. If all the people who want to go there actually did, Paradise would look like Mexico City. But Hawaiiana and Paradise have been welded — and wielded for business purposes — by tourism, whose hukilau net was first thrown long ago.