Everybody’s got a list. Bucket lists, to-do lists, wish lists, gratitude lists, grocery lists. . . . Our sixth annual Shaka List is a little bit of each—but mostly it’s a love letter to the island that sustains us. In more ways than we could possibly count, Maui nourishes our bodies, minds, and spirits with its magic. Tape this litany to your fridge, circle the entries that excite you most, cut it up to create a dream collage, or better yet: use it as a springboard for a no-holds-barred scavenger hunt. Collect all twenty-five of these made-on-Maui miracles (including two from our sister islands, Lanai and Molokai) and we guarantee you’ll be as smitten as we are with this tiny slice of paradise. On your mark, go! 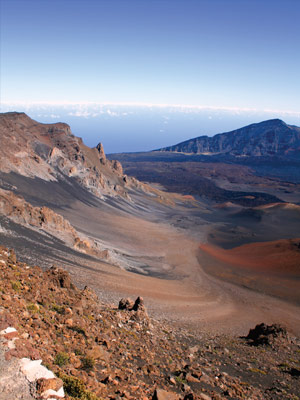 Haleakala National Park numbers among Earth’s quietest spots, and not by accident. Laws keep helicopters, ATVs and other noisemakers out. Quiet—an increasingly rare commodity—is something we take for granted at our peril. We techno-sapiens have grown acclimated to a constant buzz. But on Maui, the general absence of noise is strikingly apparent at 4 a.m., when a lone rooster rattles off an alarm or a humpback whale thumps its pectoral fin against the sea.

When the slanting rays of sun gild Upcountry fields, look for pueo, our endemic bird of prey that hunts by day. Brown and gold-flecked males woo mates with sky dances—an auspicious treat to behold. Don’t be fooled by their soft faces; ancient Hawaiians spoke of fierce armies of supernatural pueo swooping down to defend their human friends. 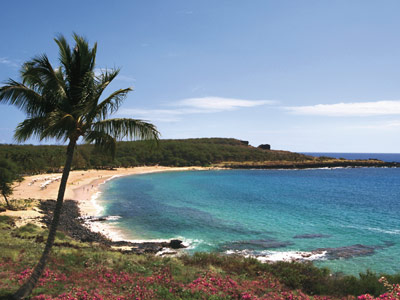 Whether you’re on a stand-up paddleboard or in a one-man outrigger canoe, the eight miles of open ocean running parallel to Maui’s north shore are an experienced paddler’s ultimate playground: gusting trade winds, monster swells, glides topping 300 feet a stroke, and the occasional rainbow-fringed squall.

While celebrities stockpile cases of this superhydrating, potassium-rich miracle cure, we can get “nature’s sports drink” straight from the tree.

This longtime East Maui resident has been inducted into two halls of fame—one for his ass-kickin’ contributions to country music and another for heading up Farm Aid, an advocacy group for small farmers. At age seventy-nine, the redheaded stranger could honorably retire. But rather than rest on his laurels (he cut his famous braids awhile back), our legendary rabble-rouser stole the spotlight from the young ‘uns at this year’s Grammy Awards. During an advertising break, he mesmerized audiences with a plainly sung soundtrack for a Chipotle commercial about factory farming. Back home, Nelson regularly lends his voice to local causes, performing at benefits for Montessori School of Maui and the Kokua Festival. Catch him at Charley’s in Paia when he drops in to jam with his son Lukas. 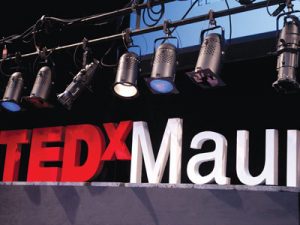 Maybe you’ve seen an astounding TED talk on YouTube. In eighteen minutes or less, the world’s geniuses articulate “ideas worth spreading.” The paradigm-shifting TED conference started in 1984, in California, and has since spawned regional versions nationwide. This January, the brightest local minds gathered for the inaugural TEDxMaui. On a Sunday morning, eager attendees filled Castle Theater, where diverse speakers–including a solar scientist, computer hacker, photojournalist, forester, and Hawaiian anthropologist–sent sparks into the audience. Sharpen your pencils for next year’s installment.

Pull your muumuu out of the closet! Dust off your Primo Beer shirt with the coconut buttons. The recent Maui Arts & Cultural Center exhibit of Alfred Shaheen’s vintage fashions restoked our love for all prints aloha.

Life looks rosier from these shores, thanks in part to Maui Jim’s superior eyewear. Popular frames like “Napili” and “Peahi” aren’t simply stylish; they block dangerous UV rays and boost color. The biggest name in polarized sunglasses got its start in Lahaina, with a single salesperson hawking shades on the beach in 1980. Now operating from Illinois, the company hasn’t neglected its island roots: last October it donated $100k to Hale Makua Health Services. 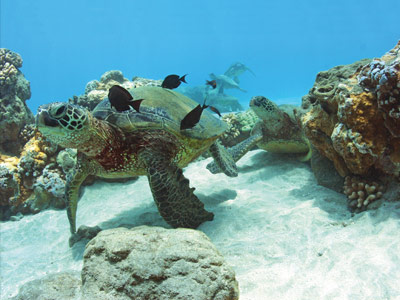 Neon-colored Hawaiian cleaner wrasses are the punk-rock stylists of the sea. They set up shop at a chosen coral head, where they trim fellow fish of pesky parasites and unsightly mucus. Turtles and fish of every fin literally line up to be groomed. As Pam Daoust of the Maui Ocean Center says, even the razor-toothed eel “patiently holds its jaws agape while the tiny wrasse darts about inside its mouth like a hyperactive dental hygienist.”

In his handmade ti-leaf skirt and haku lei, the dancer on stage displays such poise it’s hard to believe he’s only eleven years old. The annual keiki (youth) hula competition hosted by Kaanapali Beach Hotel is a three-day celebration of Hawaiian culture, food, and dance. Competitors come from as far as Japan to display their skills before some of the most revered kumu (teachers) in Hawaii.

Knock back a lip-smacking Coconut Porter or Bikini Blonde lager and congratulate yourself on your good taste. Not only does Maui’s own microbrewery produce award-winning beer; it also runs on solar power, recycles waste oil to fuel company vehicles, and donates half the profits from every basket of beer-battered onion rings to the Maui Humane Society. 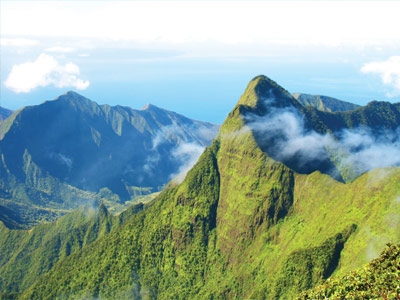 Atop Puu Kukui, the “hill of enlightenment,” grows an enchanted forest–jewellike ohia trees and silverswords, fully mature, but just six inches tall. Among Earth’s rainiest locales, it’s the mountain home of Kihawahine, a powerful moo, or lizard goddess. It’s also our water factory. Few of us will ever visit the inaccessible summit of the West Maui Mountains, but we all benefit from the fresh water captured by its pristine ecosystem. View photos of the rare inhabitants of this realm in Remains of a Rainbow by Susan Middleton and David Liittschwager.

Recipe for delight: Swim out to where the waves are cresting. Position yourself towards shore. When a swell comes, kick. Make your body stiff. Point your arm in the direction you want to go. Let the waves have their way with you. Repeat until sundown.

Each day a new finale: an unrehearsed choreography of color, shape, and movement. On the island’s leeward shores, folks line up on their lanai, cocktails and conch shells in hand, to salute the greatest show on Earth.

Heading east on the serpentine Hana Highway, pull over just before mile marker 19, on the mauka (mountain) side of the road. Scale the stone steps beneath the yellow-blossomed hau trees. Admire Wailua peninsula and its carefully tended emerald-green kalo loi (taro patches). Turn around: survey Haleakala’s majestic Koolau Gap, with its cliffs and occasional waterfalls, and imagine the mighty forces that shaped this landscape. 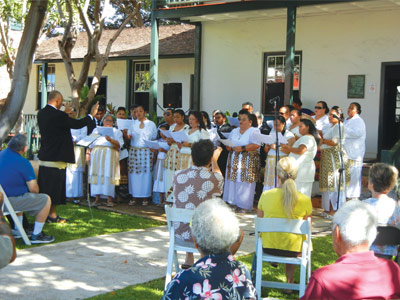 When you spot people gathered outside a chapel dressed in taovala, traditional Tongan garments woven from pandanus leaves, slip into a pew to listen. Handel’s Hallelujah erupts with new life when sung in Tongan. Whatever your faith, your heart will sing along with the rousing percussive elements and heavenly harmonies. Choir practice occurs weekly at Ala Lani, Kihei, Lahaina and Honolua United Methodist Churches, St. Theresa Catholic Church, and Holy Innocents Episcopal Church. Check church schedules for time.

When kamaaina move into a new house, start a business, name a child, enter the forest or sea, or simply greet the day, they have ancient traditions to guide them. These powerful oli (chants) remind us of our connections to one another and our surroundings. Anyone lucky enough to hear a recitation of a native Hawaiian genealogy, a call and response between visiting clans, or a request for permission to enter a sacred place feels the potency of these protocols–chicken skin!

What’s better than hooking a big ulua (giant trevally)? Snagging a slew of invasive, reef-ravaging roi (peacock grouper). Each year spearfishers take aim at this underwater pest during a tournament hosted by a local diver who cares. 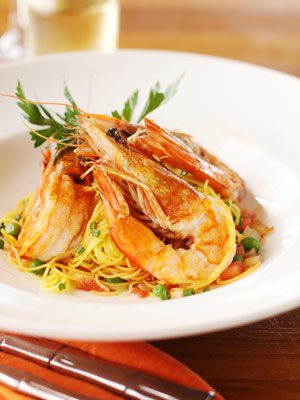 In the latest chapter in Molokai’s history of aquaculture, Keawa Nui shrimp farm now supplies top Hawaii restaurants with fat, flavorful prawns. Get yours at Pineapple Grill or Roy’s Kaanapali.

A whopping 92 percent of Hawaii households donate time, money, or goods to charity–higher than the national average. And that’s not even counting the ripe mangos your neighbor leaves on your front steps!

Each Friday, one of Maui’s historic small towns celebrates its uniqueness with a themed street party. The entertainment is as eclectic as the food: Grind on pasteles, barbecued ribs, and broke-da-mouth malasadas while enjoying saxophone serenades, magic tricks, hula-hoop brigades, breakdancing, and poi-pounding competitions. See the schedule in our Maui Events Calendar. 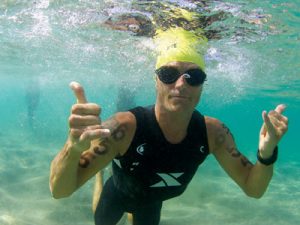 Punishing heat. Unpredictable terrain. Rough waters. Sound like fun? Sign up for this gonzo triathlon, which draws 800 top athletes from around the globe to test their mettle against Maui’s elements. Dive into a mile-long open ocean swim, then jump onto a mountain bike for eighteen miles across unforgiving terrain, and finally race on foot six miles to the finish. While you’re at it, why not compete in costume, in anticipation of the infamous Halloween party that follows the awards ceremony, hosted by the Ritz-Carlton, Kapalua?